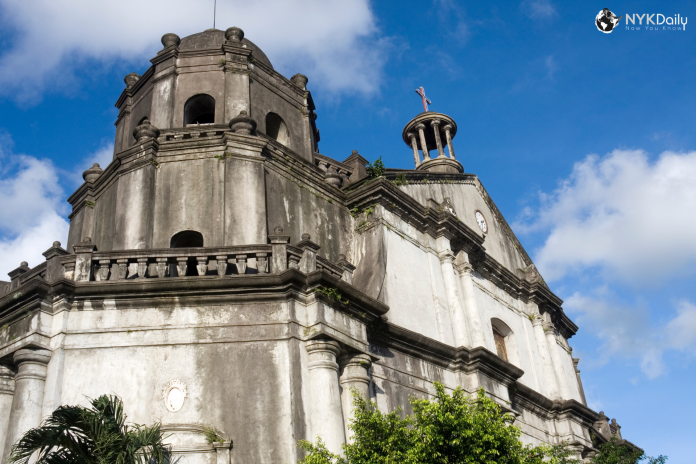 Naga, officially the City of Naga, is a historical city in Camarines Sur, Philippines. According to the census of 2015, it has a recorded population of 196,003 people.  Statistically and geographically classified, as well as officially represented within Camarines Sur, but administratively autonomous of the provincial administration, Naga is the Bicol Region’s business, trade, cultural, religious, commercial, industrial, financial, educational, and medical center.

Bicol’s region was firmly allied with the Kedatuan of Madja-as confederation situated on Panay island. According to the Maragtas (and their literature), two datus and their followers, who followed Datu Puti, came to Taal Lake, with one group later living around Laguna de Bay, and another group moving southward into the Bicol peninsula, setting the Bicolanos between people from the Visayas and people from Luzon. An old tomb preserved among the Bicolanos examined and discovered by anthropologists during the 1920s refers to some of the same personages and deities mentioned in the Maragtas.

In 1573, on his following expedition to this province, the conquistador Juan de Salcedo landed in a town and named it Naga because of the abundance of Narra trees (called Naga in Bikol).

In 1575, Captain Pedro de Chávez, the head of the army left behind by Salcedo, established on the site of the current business center (across the river from the original Naga) a Spanish town which he named La Ciudad de Cáceres, honoring the Francisco de Sande, the governor-general and a native of the town of Cáceres in Spain. It was by this name that it was known in the papal bull of August 14, 1595, which founded the see of Cáceres, together with those of Nueva Segovia and Cebú, and made it the seat of the new archbishopric under the archdiocese of Manila.

For many centuries during the Spanish colonial period, Naga grew to become the center of education, trade, and culture, and the seat of ecclesiastical authority in Bicol.

With the arrival of American rule, the town was reduced to a municipality. In 1919, it dropped its Spanish name and became formally known as Naga.

Naga came under invading Japanese occupation on December 18, 1941, after the Japanese attack of Legaspi a few days earlier.

After Naga was freed from the Japanese, Naga began reassembling. Having experienced only a few casualties, Naga was able to restore quickly after the world war. After many requests, Naga became a center on June 18, 1948, when it procured its present city charter; and its city government was launched on December 15 of the same year under Republic Act No. 305.