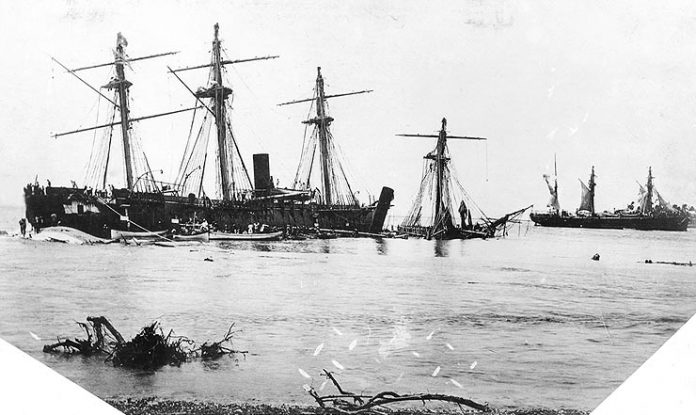 Apia is Samoa’s current capital and its only major city. It is situated on the central north coast of Upolu, the second-largest island of Samoa. Apia falls within the itūmālō (political district) of Tuamasaga.

The Apia Urban Area (known as the Apia City) has a population of 37,391, according to the 2016 census. Its geographic limits stretch roughly from Letogo village to the newer Apia region (industrialized) known as “Vaitele.”

Apia was formerly a small village, with around 1800 residents in 304CE, from which Samoa’s capital took its name. Apia village still survives within the modern capital of Apia, which has grown into a brilliant urban area that includes many small towns. Like every other village in the country, Apia village has its own leaders (matai) and a genealogy and customary greetings ( fa’alupega ) according to fa’a Samoa.

The present city of Apia was established in the 1850s, and it has been the official capital of Samoa since 1959 CE.

The harbor was the location of an infamous 15 March 1889 naval stalemate in which seven ships — from the US, Germany, and Britain —denied leaving the harbor, even though a tornado was approaching. The ships believed that the first person to move out of the harbor would lose, and they were arrogant and adamant about staying at the harbor in order to rule the particular land in the future. All the ships and accompanying boats sank or were broken beyond repair, except for the British cruiser Calliope, which managed to leave port in the last minutes, traveling at a rate of over one mile per hour, and was able to run out the storm. Nearly 200 German and American lives were sadly lost.

Western Samoa was governed by Germany as German Samoa from 1900 CE to 1914 CE, with Apia as its capital.

In August 1914, the Capture of German Samoa by an army from New Zealand started. New Zealand administered the islands (as the Western Samoa Trust Territory) from 1920 CE until Samoan independence in 1962 CE – first under a League of Nations Class C Mandate and then, after 1945 CE, as a United Nations Trust Territory.

The nation underwent a struggle for legislative autonomy in the early 1900s, organized under the nationwide Mau movement’s aegis. During this time, the Apia streets were the site of nonviolent marches and protests, in the course of which many Samoans were captured and arrested. On what became known as the infamous “Black Saturday” (28 December 1929 CE), during a nonviolent Mau gathering in the city, the New Zealand constabulary murdered Tupua Tamasese Lealofi III’s paramount chief.

New Zealand administered Samoa i Sisifo ( in the Samoan language) or Western Samoa, first as a League of Nations Mandate (for a few years) and later as an independent United Nations Trust Territory until the nation received its autonomy on 1 January 1962 CE (from New Zealand) as Western Samoa. Samoa’s first prime minister following freedom was supreme chief Fiame Mata’afa Faumuina Mulinu’u II.