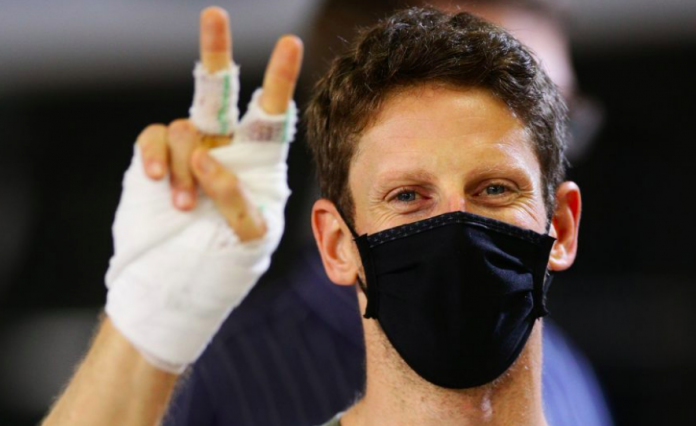 After Romain Grosjean’s horrific crash at the 2020 Bahrain Grand Prix, there were fears he might never race again, but on Wednesday the former Haas Formula 1 driver announced he will be competing in the 2021 IndyCar series for Dale Coyne Racing. After the announcement the Frenchman spoke about his new career path, why he’s not doing the Indy 500, and the chances of him ever returning to F1.

Grosjean crashed out on Lap 1 of the 2020 Bahrain Grand Prix in a shocking incident that saw him hospitalised after climbing out of his burning car. With severe burns to his hands, he was forced to sit out the remaining two races of the 2020 season – also the final races of his Haas contract – but now he has almost fully recovered and will race 13 road course events in the 2021 IndyCar Series.

“I’m super happy and delighted,” he said on Twitch as he explained his move to IndyCar. “It’s going to be a nice challenge and a nice chapter for my next career path.”

This season he will not, however, follow in Fernando Alonso’s footsteps and contest the Indianapolis 500, nor any other oval events – explaining that his Bahrain crash made him think twice about racing on those circuits.

“I got in contact with Dale Coyne before the Bahrain incident, I think… maybe a couple of weeks before Imola and we got on very nicely, and he made us an offer. I was going to do the full championship but then, obviously, Bahrain happened,” Grosjean explained.

“For a moment I thought I was dead, in Bahrain, and being a father of three kids I need to be sensible in my decisions, in my choices in the future and at the minute I don’t feel comfortable… for my kids and my wife, to race ovals – at least the speedways.”

As for his injuries, Grosjean said the skin on his left hand is “98%” healed, but he won’t be putting on racing gloves just yet.

“The left hand is the one that is the most damaged; the right is good,” he said. “The left [hand] skin is almost fully recovered, 98% in terms of surface. I had a left thumb ligament that was also pulled away, so I had to get surgery on it but it’s quite stable, so I’m also working on rehab and getting it to work and getting the mobility on it.

“Putting on racing gloves, I’m waiting maybe another week – but I should be all right.”

Having made his F1 debut in 2009 with Renault, Grosjean made 179 Grands Prix starts in total, scoring 10 podiums and 391 career points. He has all but ruled out a return to F1, unless the offer is right – and is still waiting on a one-off Mercedes test, as was touted in 2020.

“I’m still very keen on jumping in the Mercedes F1 car for sure; it’s an offer you cannot refuse. Just for me to have an understanding of the taste of that car and how it was working… but I won’t bother Toto [Wolff, Mercedes F1 boss] right now. He can expect to get a phone call eventually,” said Grosjean.

“One thing I’ve learned with my accident is that life is short, and I want to have the choice to say no to some things, and if that’s being in Formula 1 to barely go out of Q1 once or twice a year, I think that chapter is closed for me and I would much rather look at other places where I can go race and potentially try to win races,” he added.

Grosjean joins F1 alumni such as Sebastien Bourdais, Pietro Fittipaldi and the late Justin Wilson in joining Dale Coyne Racing, while Marcus Ericsson was the last F1 driver to switch to IndyCar.