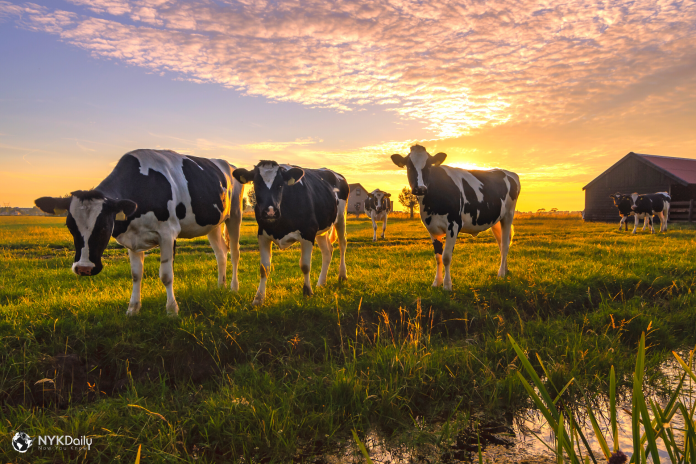 Indias journey from a milk deficit country to one of surplus has been momentous. Initiated in 1970, Operation Flood was arguably the worlds most ambitious dairy development programme that transformed India into one of the largest milk producers.

India’s milk production rate in the past few decades has, in many ways, been symbolic of the upward trajectory of the country’s economy and influence. The per capita availability of milk in 2018-19 was 394 grams per day as against the world average of 302 grams.

Between 2016 and 2019, the annual milk production in the country registered a Compound Annual Growth Rate of 6.4 per cent. Today, with an annual production of 187.75 million tonnes (as per 2018-19 data), India accounts for about 22 per cent of the world’s milk production.

However, India is yet to join the ranks of major milk exporting nations, as much of what we produce is directed towards meeting domestic demands. So, to unpack the issues facing our dairy sector, it is pertinent to dive deep and list out the factors that have been hampering the productivity levels of our cows.

The dairy sector assumes a great deal of significance on account of multiple reasons – for one, it has to do with the socio-cultural affinity towards cows and dairy products in large parts of the country and as an industry, it employs more than 70 million farmers.

However, the crying need of the hour is for us to identify ways in which we can enhance the return on investment for our farmers. Recent data indicates that indigenous cows produce 3.01 kg of milk per cow per day while the yield of exotic crossbred cows is 7.95 kg. This implies that, overall, the average productivity output of indigenous cattle (both non-descript and high yielding indigenous breeds) is only 1099 kg per animal per year, while for cross-bred cattle average productivity is 3073 kg per animal per year. So, the magic word is ‘cross breeding’.

The NAIP (Nationwide Artificial Insemination Programme) Phase-I was launched by Prime Minister Narendra Modi in Mathura on September 11, 2019. Every animal in the programme was assigned a 12-digit unique identification number under the Pashu Aadhar scheme to ensure accuracy in tracking – the animal is monitored continuously from the period of artificial insemination till the birth of the calf.

Building upon the first phase of the programme, NAIP Phase-II was initiated on the 1st of August 2020 with an allocation of Rs 1090 crore in 604 districts covering 50,000 animals per district and is on track to be completed by the May 31, 2021. Under the programme, 9.06 crore artificial inseminations will be performed in 604 districts and is expected to lead to the birth of 1.5 crore high yielding female calves. Consequently, 18 Million Metric Tonnes of additional milk will be produced, as average productivity will be enhanced from 1861 kg per animal per year to 3000 kg per animal per year.

Until now, Artificial Insemination (AI) technology has been the most used method in India, but its success hinges upon accuracy in heat detection and timely insemination. And this is where In Vitro Fertilization (IVF) technology will prove to be more effective. IVF has become a helpful tool in crossbreeding as under this technology semen from different bulls can be used to fertilise each oocyte from a collection, that in turn enables greater genetic diversity from a single cow. Projects for the establishment of 30 IVF labs have already been sanctioned, and 15 labs have been made functional thus far.

In the past six years, the Animal Husbandry and Dairying sector has received a great deal of impetus under the Hon’ble Prime Minister’s vision of ‘Make in India’ and towards becoming an ‘Aatmanirbhar (self-reliant) Bharat’. In keeping with our ethos of ‘Jai Kisan, Jai Vigyan’ the marriage of rural farming with the latest innovations in technology will usher in unprecedented transformations in our dairy industry.