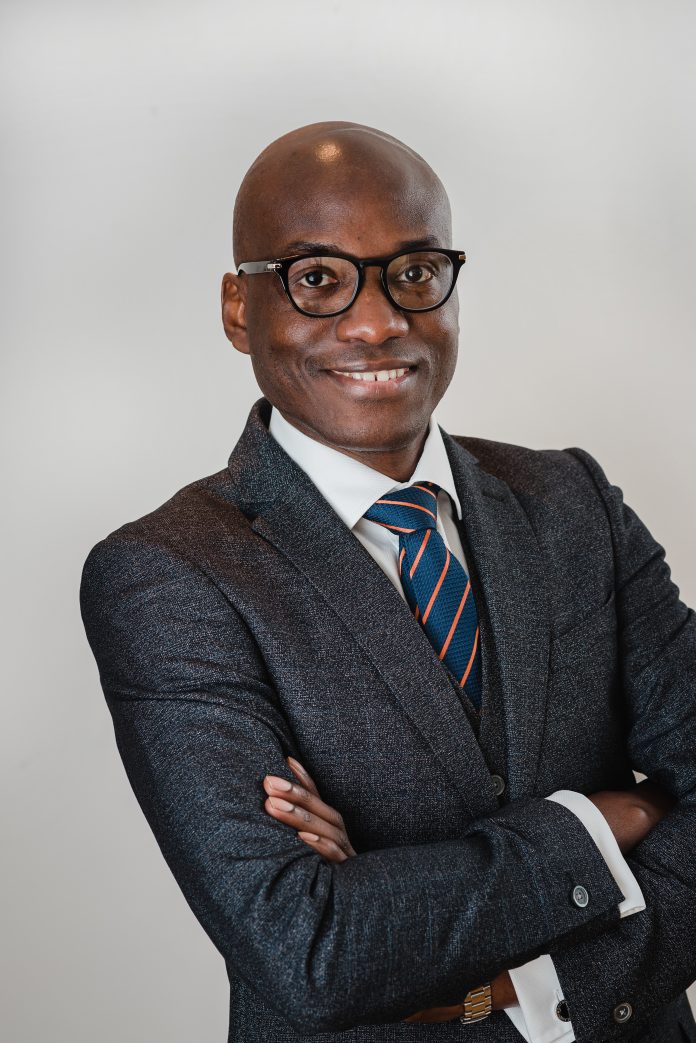 ‘Modern slaves are not in chains; they are in debt‘ – Anonymous.

Debt is increasingly becoming a new form of modern slavery. People have become more willing to spend on consumer goods before they earn enough money to buy goods outright. The high-life and modern living standards have influenced people to spend more than their wallets can handle, which makes them a hardened debtor.

According to several reports and statistics, global debt has increased by $20 trillion since the last quarter of 2019. By the end of 2020, consumer debt is expected to have increased to a staggering $227 trillion or 365% GDP of the world. This level of growth over the last few years suggest a fundamental issue in people’s awareness of financial budgeting and financial discipline.

One person who has taken upon his shoulders to amend this rising problem and share a viable solution with the people of his community and the world is George Badejo-Adegbenga. He is a financial professional, a qualified Solicitor and Barrister of England and Wales. This 42-year old determined individual has aligned his goals to work for the betterment of people in debt and guide them out of the financial bog.

Learning The Art Of Giving Back To The Society

There are very few people in the world that think beyond themselves. It requires a great level of confidence and courage to spend all your effort, energy, and time, serving people you know nothing about. Their end goal is to make society a better place to live and sustain. Self-satisfaction and peace are a few mentally calming rewards these self-less and generous people receive in return, something only a few people can achieve.

George Badejo-Adegbenga was bred and born in Nigeria, West Africa. He spent his early years in Lagos and Ogun State, where he completed his elementary and secondary education. George spent a lot of his childhood with his grandfather Late Pa Lawrence Adegbemi. Pa Lawrence was a policeman. Discipline, values, and ethics were a major part of his young life. It was through his grandfather that George learned how to serve and give back to his community. His grandfather was a dedicated and selfless individual, and it was due to his services that he was crowned the Bale of Igaga Land.

Pa Lawrence was George’s inspiration; he played a major role in shaping George’s future and setting his life goals. Observing his grandfather’s selfless and generous attitude, George, from a very young age, had made up his mind to help those in need and serve the people to make the world a better place to live in.

To work towards his goals, he moved to the United Kingdom and acquired his honors degree in Law (LLB) in 2003 from the University of Huddersfield. While he was in the UK, he worked as a Pre-Legal Fee Earner at Eversheads LLP. Later on, he enrolled himself in the BPP Law School’s Bar Vocational Course, and right after its completion, he was called to Bar on July 22, 2010. He decided to acquire his first master’s degree from the same university and his MBA from the University of Oxford – Saïd Business School.

Simultaneously, George represented Skipton Building Society Trade Union members as their legal adviser on employment law matters.  By this time, he had excelled at dealing with all kinds of legal and financial issues. He is also known to have successfully claimed a £100k+ fast track breach of contract case, which was a huge achievement for a newly qualified lawyer.

George’s efforts and hard work paid off when he was appointed as a criminal defense lawyer. In addition to that, he also began giving pro bono services to people who needed help but were not able to afford a lawyer—this service further broadened his vision to help others.

His daily encounters with families and people suffering from the consequences of debt made him realize the lack of financial guidance and help for people. This pushed him to work towards a much larger cause that would be helpful and beneficial for many.

Through years of relentless service in the law firms, George came across many individuals each day with stories so painful and harsh that emotionally moved him. He decided to use all his knowledge and experience to help people in trouble and guide those who were unaware of the financial consequences they would go through if they were unable to manage their finances.

This thought and his drive to help people led him to lay the foundation of ‘Money In Minutes’ and ‘WageX’ in Nigeria. The objective of WageX is to “provide interest-free payday finance to employees before their payday.” Money in Minutes is a Fintech firm whose objective is to “help bridge the access to finance gap in Africa.”

In addition to these two firms, George is also the co-founder of ‘Ethica Resolve Limited’ in United Kingdom.  This company aims to ‘support and help severely indebted consumers.’ This company’s strategy is to “help rehabilitate individuals in financial hardship.” Ethica Resolve is well positioned to help many UK individuals overcome their financial difficulties and give their lives a fresh restart. Such kind-hearted and down to earth personalities like George Badejo-Adegbenga are like a beacon in the dark night in this extremely self-absorbed world and prove that humanity is not yet dead!