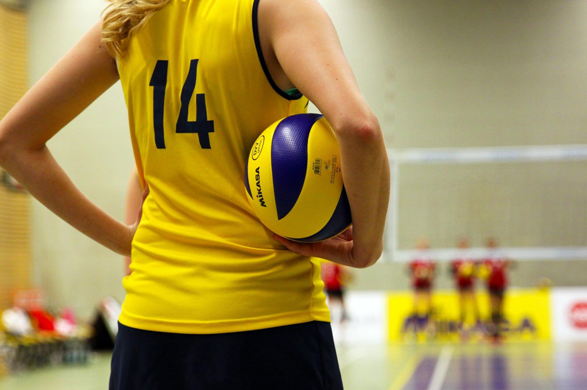 Tuesday was a busy day in the Women’s Volleyball Champions League. Major teams from the continent entered the court for the fourth of six matchdays in the group stage.

Author Kate Richardson prepared summaries from the matches and also the highlights of each confrontation. Don’t forget to check her profile before continuing, just click here.

Tijana Boskovic‘s 37 points helped the Turkish team to turn the tables and win the match by 3-2. The Serbian had a 54% success rate in attack (a total of 32 points in this foundation), in addition to five blocks.

Incredibly, she was not the top scorer of the game. This “honor” went to Krystal Rivers, the American player of the German side. She scored amazingly 40 points during the game. Unfortunately, it was not enough to get the victory.

The most disputed set was the first one, which ended on a 32-30 victory to the Turkish side.

In the Italian duel, another 3-2 victory in the triumph of Busto Arsizio during tie-break. The block was their main feature during this match since they were able to get 15 points due to it.

Camilla Mingardi and Alexa Gray led Bust Arsizio being the top scorers of the team with 19 and 18 points, respectively. On the other hand, the top scorer of the match and the one that led Scandicci was Stysiak, with a total of 26 points.

The third set was the easiest from the 5 of them, with the Italian side winning by 24-15.

This result was very good to Bust Arsizio who are now fighting once again for a place in the next round. They have five points in the table, which is 4 less than Scandicci.

Stefano Lavarini’s side showed great strength in the confrontation against the Russians, winning by 3-1.

Four players of the Italian team were able to get to two digits on points, Smarzek, who scored 18 points, and Chirichella, who got 16 points, Herbots, who got 15, and Washington, with 13 points.

On the other hand, Dynamo counted only with Fabris and the young player Fedorovtseva to get two digits, both with 19 points.

All the sets were pretty disputed, ending with a difference of 5 or less points. However, the first one was the most difficult ending on 30-28 to Novara.

With the victory, Novara remain unbeaten in the Champions League, being now with 11 points. Dynamo are 8 points behind the Italians.

The Turkish Vakifbank didn’t have problems passing through Polish Lodz, being able to get a 3-0 victory in this Champions League match.

The great scorer of the confrontation, from the Turkish side, was Swedish player Haak who got a total of 21 points in the match. Another highlight of Vakif was the Brazilian Gabi, who played well and helped the team with 10 points.

Even though the victory was easy, the sets were pretty equal. Lodz didn’t get 20 points only in the second set, which ended 25-19 to Vikifbank.

One of the favorites in the playoffs of the Champions League, Vakifbank remain with 100% in this competition and already guaranteed their place in the next round.

In the Russian Duel, Dynamo Moscow were the ones to celebrate after a good 3-0 win over their opponents.

One of the protagonists of the team from the Russian capital was the Brazilian Natalia. She scored 16 points during the game, being one of the main players especially when talking about blocks. Goncharova also scored 16 points, being the second highlight of the match.

The second set of the match was certainly the easiest for Dynamo Moscow, who won by 25-13, showing their great supremacy in the confrontation.

This was a very important result to Dynamo Moscow, who now reach six points in the league table and are just 4 points behind the leaders Eczacibasi, from Turkey.

With two very disputed games, needing the final set to be resolved, and two simpler matches won 3-0. However, there were a lot of interesting confrontations and excitement on this matchday of the Champions League.

If you are following the Champions League and want to place epl betting tips on its matches, don’t forget to take a look at MightyTips. There you can find which bookmakers are the best ones to place wagers.

They analyze not only the odds from each bookmaker on volley, but also say the ones that have special bonuses and promos, and even the ones that offer live streams from volleyball matches. That way you can follow your favorite teams, bet on them and even make some money while cheering.