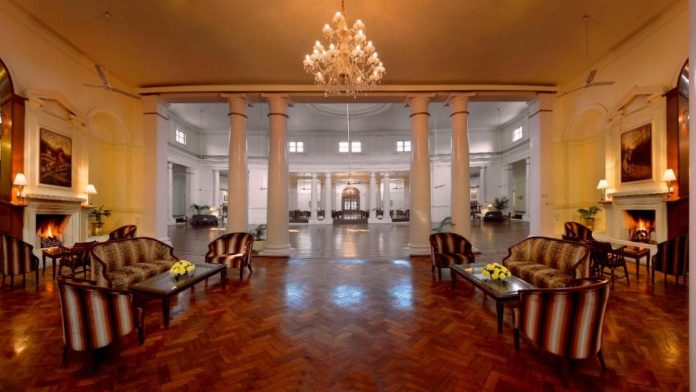 A whopping Rs 1.2 crore bills are pending at the Delhi Gymkhana Club, the 107-year-old colonial era club located in the heart of Lutyens Delhi.

The pendency of the dues has urged the club to send a notice to members on February 11, saying: “The total amount of bills outstanding as of date is Rs 1,20,00,000, which includes monthly bills for Jan 21/ defaulter dues, and dues from members whose names have been recommended for termination.”

The General Committee (GC) of the club in a meeting on February 4, approved the recommendations made by Member Disciplinary Sub Committee (MDSC). “Max credit limit to a member be fixed at Rs 30,000. Once the limit of Rs 30,000 is crossed, the membership card will be automatically blocked. The onus of responsibility to ensure that the limit of 30,000 is not exceeded lies with the member”, said the notice.

A permanent member at the club criticised this credit system and cited that dues of Rs 1.2 crore is a large amount. “Why should be there any credit system at all at the club. Like you go to a restaurant and pay upfront, the same system should be at the club. People have received this notice through email along with the pending bills,” said the member.

The notice added that to avoid an embarrassment of refusal by the club staff to honour their order, members are requested to kindly monitor and ensure their expenses do not exceed Rs 30,000 anytime. The notice also cited the Article 27 saying, a member who has not settled the club bill in full, “shall not have the right of attending meetings of the club or of voting on any matter, and may be debarred by the General Committee from using the club.” The notice added that members are advised to kindly clear their dues within 14 days of presentation of bills.

The club is already in a legal battle with the Centre, which had moved a petition in National Company Law Tribunal (NCLT), in April last year seeking a change of management of the Delhi Gymkhana Club by the immediate appointment of government’s 15 nominees as administrators in the General Committee and transfer of absolute power to run the affairs.

In June last year, the NCLT had directed the Centre to appoint two of its nominees on the GC to monitor the affairs of the club along with other GC Members and give suggestions.

In July, last year, the Centre filed an appeal challenging the NCLT order, which allowed it to appoint two members (central government nominees) to the Board (General Committee) of the Delhi Gymkhana Club, instead of appointing an administrator to manage the affairs of the club. “While allotting membership of the Club, the company has been treated like a Riyasat of the persons especially the GC members by misusing MoA and the AoA of the company. It is not out of place to submit here that over the years the activities of the Club have been turned over from vyayamshala to a madhushala and the functioning of the General Committee is like siyasat,” said Ministry of Corporate Affairs (MCA) in the plea in NCLAT.