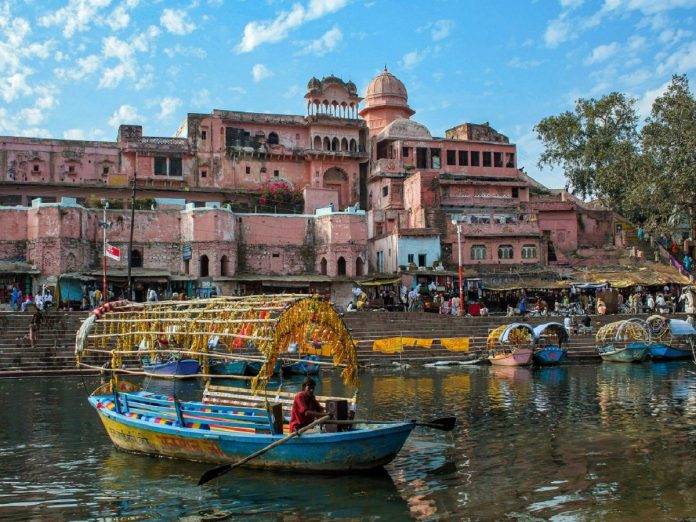 The aviation sector is set to take wings in Uttar Pradesh as Chief Minister Yogi Adityanath has linked development of tourism and religious centres to aviation.

After initiating construction of a full-fledged airport in Ayodhya to enable landing of large aircraft and to boost religious tourism, the Chief Minister has now issued directives to accelerate the expansion of the air strip and construction work of the airport terminal at Chitrakoot, the place where Lord Ram is believed to have spent part of his 14 years in exile.

The airport at Chitrakoot, situated on the border of Madhya Pradesh and amidst the Vindhyachal mountain range, will be developed as the most beautiful airport of the country. The airport, undergoing expansion, is expected to be functional soon.

The development of Chitrakoot airport will not only spur religious tourism in the state but will also serve as a major push to the Bundelkhand region.

The 296-km Bundelkhand Expressway, which is also under construction, starts from Chitrakoot, which is one of the six nodes of the defence corridor.

According to a government spokesman, the airport in Chitrakoot is being developed as a table-top airport. The runway of the airport is located on an elevated terrain amid the Vindhya Range and is being expanded and it will encompass nature at its best.

The airport, built on approximately 260 acres of land, will be expanded with a 1,475-metre-long and 23-metre-wide runway.

It will also be equipped with a new terminal, apron, air traffic controller and a car parking. To ensure the development work progresses rapidly with no interruptions, the government has issued a sum of Rs 50 crore out of the allocated amount of Rs 92 crore for this project.

Prayagraj and Kanpur are expected to be the first cities to be connected with air services from Chitrakoot.

Under the Regional Connectivity Scheme, the state government has plans to develop airports at Meerut, Jhansi and Ghazipur for the arrival of passenger flights. Flights from Bareilly and Pantnagar will also be starting to Prayagraj.

The projects undertaken by the government to boost regional connectivity are supervised directly by the Chief Minister and Civil Aviation Secretary Surendra Singh.

It is noteworthy that till three-and-a-half years ago, the state had only two active airports. However, with constant efforts of the Yogi government, seven airports including the ones in Lucknow, Agra, Varanasi and Gorakhpur are now functioning smoothly.

The government is also working on developing 17 other airports in the state. As a result, airports at Prayagraj, Kanpur, Hindon and Bareilly are ready for passenger aircraft and Azamgarh, Aligarh, Chitrakoot, Moradabad, Sonbhadra, Shravasti, Ayodhya, Kushinagar and Saharanpur (Sarswan) are under construction and will be operational soon.

“Once all the 17 airports become functional, the state will get a connectivity boost, upswing in tourism, employment generation that will add to the state’s development,” the spokesman said.