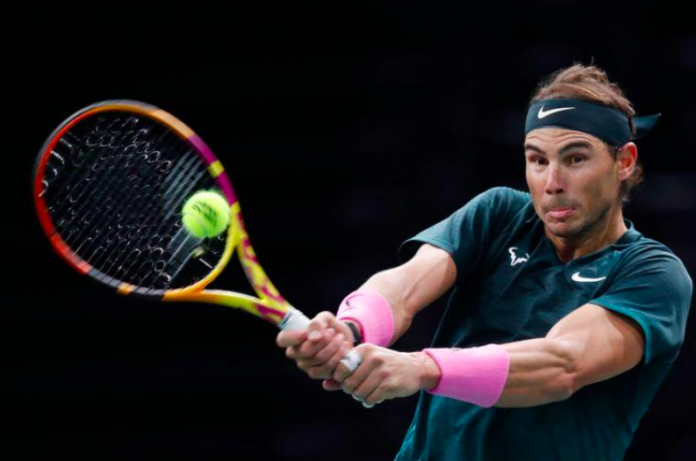 World number two Rafael Nadal will not compete on Tuesday evening in Team Spain’s opening tie against Team Australia at the ATP Cup due to a stiff lower back.

“Hi all, we have decided with Team Spain and my team to not play today (in) the first match of the ATP Cup here in Melbourne since I have a stiff lower back,” Nadal wrote on Twitter. “Hopefully I’ll be better for Thursday. We have a strong team,” he added.

Roberto Bautista Agut, who went 6-0 at last year’s ATP Cup without losing a set, will play Alex de Minaur in the number one singles match, and world number 16 Pablo Carreno Busta will step in to compete at number two singles against John Millman, as per the ATP Tour website.

The 2021 ATP Cup is featuring 14 of the top 15 players in the ATP rankings. Djokovic’s Serbia and Nadal’s Spain will compete against Austria, Russia, Greece, Germany, Argentina, Italy, Japan, France, Canada and Australia in the 12-team competition.

Qualification for the tournament is based on the ATP ranking of each country’s top-ranked single player, while Australia qualifies by virtue of a host wildcard.

The inaugural ATP Cup was played in Brisbane, Perth and Sydney in 2020 when Serbia defeated Spain 2-1 in a thrilling championship clash, which included a tantalising match-up between Djokovic and Nadal.