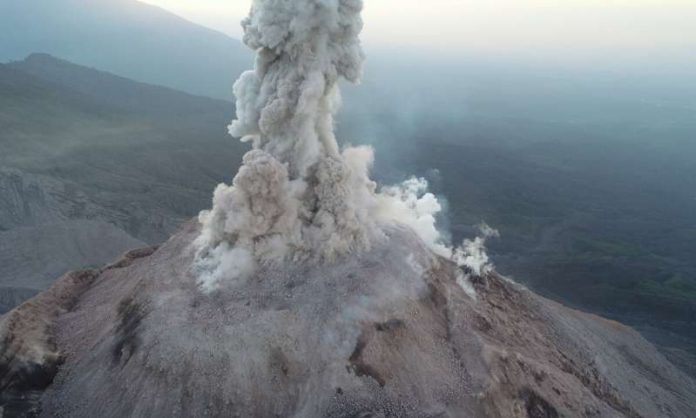 Volcanoes are some of the most interesting features to study in geology and geography. These structures dazzle the world with their longevity, complicated layers and explosive events. There is an estimated 1,500 volcanoes worldwide categorized as potentially active. About one-third of these have erupted, meaning that they have released ash, smoke and lava in explosive ways onto the surface layers and the surrounding cities, towns, and other settlements. The following are classified as some of the most dangerous volcanoes in the world.

St Helens is remembered for its devastating eruption in 1980 even though its last major event was in 2008. This volcano shook the area in 1980 with a set of explosions triggered by earthquakes that spanned over months, leading to the biggest landslide on record. The debris and ash released appeared in a total of two provinces in Canada and 11 states in America. This volcano is still very active, and the topmost section has a lava dome alongside a massive glacier.

This is considered to be the most active of all the volcanic masses on the planet and it is the location of several eruptions. However, it must be pointed out that the explosions are mainly nonexplosive and are restricted to a steaming lake full of active lava. This lava overflows along its caldera in some cases.

The most well-known eruption of Kilauea happened in 1955. It was followed by severe devastating earthquakes and lava flows that remained for 88 days and led to the destruction of 15 square kilometers of farms in the region. Another eruption happened in 1975, with a tsunami in the area seen as the primary cause.

Here is an active volcano that is known to have had more than 30 eruptions from the 17th century, and one was so devastating that it caused 79 deaths in 1993. From the year 2000, there have been a total of five eruptions and each one led to the displacement of tens of thousands.

The symmetrical shape of the volcano has led to its being called a perfect volcanic cone in the world. In the aftermath of Typhoon Durian in 2006, this same symmetric shape led to the formation of intense floods and mudslides, which led to the deaths of more than 1,000 people.

Of all the volcanoes in Alaska, this is regarded as the most dangerous, and it reaches as much as 10,000 feet above sea level. From 1989 to 1990, there was an eruption from this volcano that led to a major disruption to the air traffic and this makes it one of the costliest volcanic eruptions in the history of the United States.

Even though it is covered by a glacier, specialists have issued warning that the hot lava and gases triggered by another eruption can also lead to the falling of debris and water down the slopes of the mountain into the Drift River in the area.

This volcano is situated in the Zambales Mountains, it has a fearsome reputation since it erupted in 1991 in what was the second biggest eruption of a volcano in the world. The effects of this eruption were felt worldwide as it was so serious that it led to a drop in global temperature by as much as half a degree and led to the formation of a layer made from sulfuric acid. Not much was known as Mount Pinatubo before its cataclysmic eruption in 1991.

The eruption of Mount Agung in 1963 led to one of the most tragic natural disasters in the history of the area as it claimed as much as 1,500 lives. The volcano also roared to life from 2017 to 2019, and in the last quarter of 2017, it suffered from a total of 844 earthquakes.

This is located on the southwestern side of Tokyo, and it is regarded as one of the Three Holy Mountains of Japan. Even though it is in a dormant phase since the last eruption that happened in 1707, this volcano is still seen as being an active one, and there are fears that an earthquake can trigger or lead to a devastating eruption.

The translation of the name of the mountain comes to mean ‘smoking mountain,’ and it comes as no surprise at all that it has been erupting since 2004. It is seen as the second most active volcano in the country but it ranks highest when it comes to explosion and threat to the populace.