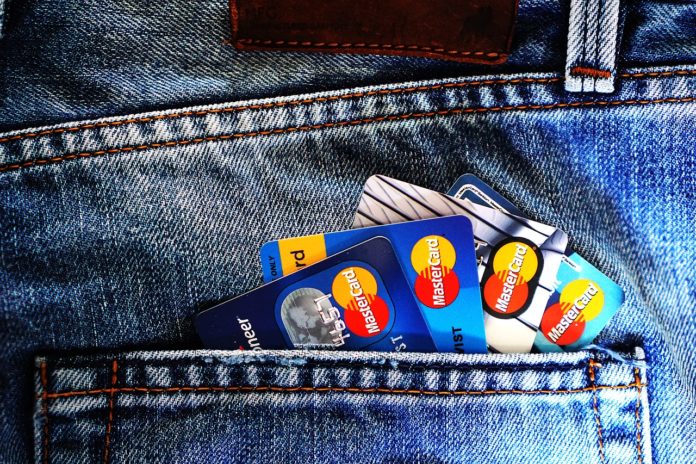 Online shopping has become a staple of the past decade. But with such a massive increase in people storing their credit cards on their accounts comes an increase in identity theft and fraudas cybercriminals aim to steal victims’ information.

1. Through Malware or Viruses

Cybercriminals love spreading malware. Why? It’s because malware, if built right, is undetectable by most users and can collect information in the background, including credit card information.

If you want to avoid becoming a victim of a particularly nasty case of malware,be vigilant whenever you open up an email or visit a website; you never know when an email attachment is hiding a nasty piece of malware.

Other than that, only visit sites that support HTTPS, the secure version of HTTP. Also, be sure to have a VPN download at the ready to encrypt your device’s data.

Not all thieves and cybercriminals take to the Internet to prey on your credit card information. Some prefer a more sophisticated approach. And unfortunately, one certain approach has become massively popular worldwide: credit card skimmers.

Think about all the times you’ve swiped or inserted your credit card. From a gas pump to an ATM, you’ve probably done it plenty of times. Cybercriminals also know this, which is why they attach “skimmers” to these machines.

Skimmers are hidden in otherwise-innocuous machines like ATMs and gas pumps. When the victim swipes or inserts their card, the skimmer will collect and store the credit card’s information. Later, the cybercriminal will pick up the skimmer, along with the information it’s collected.

Locating skimmers can be difficult. Before you insert your credit card anywhere, double-check if there’s a skimmer in the machine by giving it a firm shake or pulling on it. Most skimmers are pretty fragile.

3. By Hacking Into Businesses’ Databases

2017 saw Equifax, one of the top three credit bureaus in the United States, suffer a massive data breach that resulted in the leak of 147.9 million Americans’ personal data, including addresses, names, and social security numbers.

The attack was only possible due to Equifax’s lax security standards and the executive’s mismanagement. And as much as people want to believe the Equifax incident is a one-off incident that couldn’t happen to other companies, the opposite is true: these data breaches can happen to any company.

Cybercriminals know that causing data leaks or data breaches can be rewarding, especially when it comes to financial institutions. Capital One suffered a similar fate to Equifax shortly after, putting many credit cardholders’ security in jeopardy.

To minimize the risk of becoming a victim of a data leak, limit who you do business with. And when it comes to credit cards, try to stick to issuers that have a good reputation when it comes to security. You should also be using two-factor authentication whenever possible!

Not every cybercriminal aims to bring a credit bureau to its knees through a hack or cause a data leak that puts hundreds of millions of citizens in danger. Some prefer a smaller-scale attack. These cybercriminals are often the instigators of phishing scams.

Phishing scams are scams that aim to manipulate victims into giving away their personal information, including credit card information. Older examples of phishing scams would be the Nigerian Prince scam of the early 2000s.

The criminals behind phishing scams have gotten smarter, and some phishing scam emails or phone calls mimic their real counterparts almost perfectly. Whenever you’re suspicious of something being a phishing attempt, avoid clicking links or giving away information freely. Contact the business yourself and check if the email or phone call you got was legitimate.

When you’re replacing a credit card with a new one, you’ll often receive advice stating that you should cut the credit card up into tiny pieces or shred it all together. Why? Well, because many cybercriminals dumpster dive for cards or other personal information that could help them steal cards.

This isn’t just relegated to credit cards, though. Many large-scale businesses end up getting rid of hard drives every once in a while. Unfortunately, many of these businesses throw the hard drive into the garbage bin, meaning that if a cybercriminal were to take a look in the dumpster out back, they’d be running off with a bunch of sensitive data, maybe even including customer data.

Because of this, both cardholders and businesses should do destroy the card or hard drive they’re throwing away. For hard drives, there are businesses that specialize in completely destroying hard drives for the individual or business. Take advantage of this!

Credit cards have become a prime target for cybercriminals everywhere. With these five tips, you’ll be able to use your credit card online without having to worry about having it stolen!