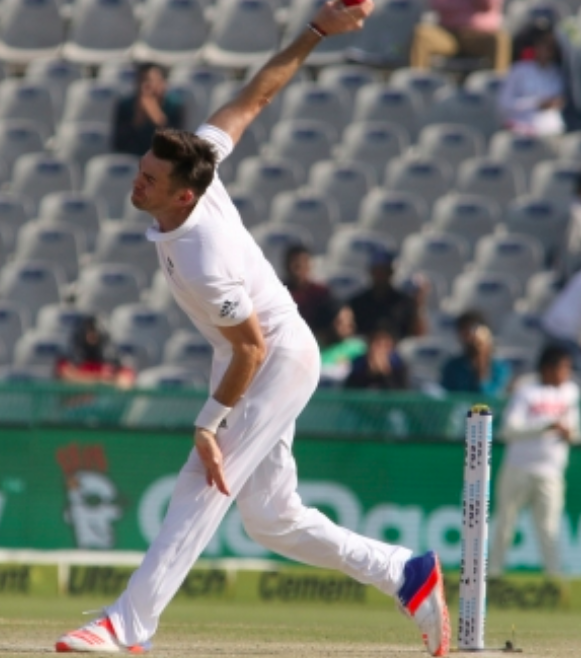 Left-arm spinner Jack Leach (four wickets) and veteran speedster James Anderson (three wickets) on Tuesday bowled England to a massive 227-run win on the fifth and final day of the first Test here, and take a 1-0 lead in the four-match series.

Chasing an extremely difficult target of 420 runs on a crumbling and dusty MA Chidambaram Stadium pitch, India in their second innings were bundled out for 192 in 58.1 overs in the second session on the fifth and final day.

Having set India a 420-run target to win, England bowled a listless India out for 192 in 58.1 overs, with 29-year Leach taking four for 76 and Anderson bagging three for 17. All five bowlers took wickets, with fast bowler Jofra Archer, off-spinner Dominic Bess, and pacer Ben Stokes taking one scalp each.

Leach was the pick of the England bowlers in the second innings as he returned with figures of 4/72 in the 25 overs he bowled. He was ably supported by Anderson who scalped three wickets, conceding just 17 runs in his 11 overs. Dominic Bess, Ben Stokes and Jofra Archer picked one wicket each.

Earlier, England had scored 578 runs in their first innings in reply to which India posted 337, thus conceding a lead of 241. The visitors were then bundled out for 178 to set a 420-run target for the Indian team.

This was India’s first Test defeat at home since 2017 when they had suffered a 333-run loss against Australia in Pune. After that, they played 14 Tests in between, registering win in 11 while three matches ended in a draw.

This was India’s fourth Test defeat against England at the Chepauk, first after 1985 when the visitors registered win under David Gower’s captaincy.

Before this Test match, India had faced England in 60 matches at home, registering win in 19, losing 13 and drawing 28.

Overall, India and England have competed in 123 Tests, out of which India have won 27, England 47 while 49 matches have ended in a draw.

Earlier on the fifth and final day on Tuesday, India resumed their chase at 39/1 but lost Cheteshwar Pujara early as he was caught in the slips against Leach, after scoring 15 runs off the 38 ball he faced.

Shubman Gill (50) and skipper Virat Kohli then shared a 34-run stand and tried to steady the ship. However, just after reaching his third Test fifty, Gill was bowled by a ripper from Anderson.

Vice-captain Ajinkya Rahane once again failed to perform with the bat as he got out in the same over against Anderson, thus leaving India in a precarious situation. Rahane, who had scored just one in the first innings, went back to the dressing room without troubling the scorers.

Rishabh Pant, India’s batting hero in the first innings, scored 11 off 19 before he became the third scalp of Anderson. Washington Sundar, the next batsman in, also couldn’t stay long and got out for a duck against Dom Bess.

Ashwin then faced some blows on his body but made sure that he didn’t give his wicket away as India went into Lunch needing 276 runs with just four wickets in hand.

After the lunch break, Ashwin — after sharing a 54-run partnership with Kohli — got out after scoring nine runs while attempting a square cut against Leach, leaving India reeling at 171/7.

Kohli, who was fighting the lone battle with the lower order, then got out bowled to a Stokes delivery that kept low and disturbed the wood.

Shahbaz Nadeem and Jasprit Bumrah got out after scoring 0 and 4 while Ishant Sharma remained not out at 5.

The two teams will now face other in the second Test beginning Saturday at the same venue in front of spectators.