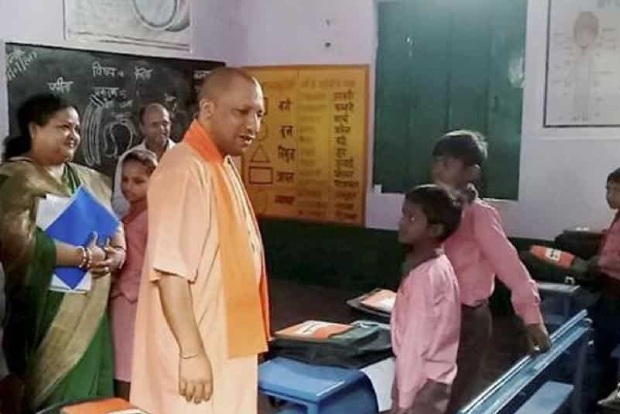 While the Central and state governments were struggling to combat the unprecedented Covid outbreak, Uttar Pradesh Chief Minister Yogi Adityanath not only tackled the situation well but also took decisions which kept the ball rolling for the state.

From the construction of the Ram temple at Ayodhya to establishing the world’s biggest film city in Noida, Yogi came in for praise from a large section of people. Let’s take a look at the 20 important decisions taken by Yogi in 2020.

With the laying of the foundation stone of the Ram temple by Prime Minister Narendra Modi, the Yogi government outlined the biggest blueprint for the development of Ayodhya and its adjoining areas. With this, the UP CM is aiming to make the state one of the biggest tourist destinations in the world.

By enacting the UP Love Jihad Law, a stringent law against those who marry girls from other religions by hiding their identities, the Yogi government set an example for the other states. The law does not aim to discriminate people from any particular religion and only aims to convict people who commit an identity fraud of sorts, which in turn inflicts damage upon women and their families in more ways than one.

In order to teach a lesson to the people who harass women, the Yogi government took the decision to put up the posters of molesters and sexual offenders.

With the aim of making women self-reliant and to ensure their safety, Yogi started Mission Shakti on the first day of Navratri. For this, several schemes were introduced, including women help desks in police stations, tehsils and blocks across the state.

The Yogi government launched the biggest campaign against the mafia and criminals of Uttar Pradesh. He ordered seizure of the properties of the criminals and bulldozing of the illegal properties.

The state government also passed an Ordinance under which damage to government property by miscreants and rioters will be made up through the sale of their properties. It was also decided that posters of the rioters will be put up across the state.

Apart from this, by enacting a law against cow slaughter under which 10 years imprisonment and a fine of Rs 5 lakh was imposed, the Yogi government has tried to ban cow slaughter in the state. This was done to not only keep Hindu sentiments in mind, but also to ensure that animal husbandry does not suffer.

The UP government strengthened the security environment by setting up the Uttar Pradesh Special Security Force (UPSSF) on the lines of the CISF.

The compensation to the families of the martyred soldiers of the army and paramilitary forces was increase from Rs 25 lakh to Rs 50 lakh.

In order to revamp the police system, the state government implemented the Police Commissionerate system in Lucknow and Noida.

A unique initiative was taken by the UP government to provide employment to around 80,000 rural women under the Bank Sakhi scheme.

Decisions were also taken by the government in order to help the migrant labourers reach their homes during the Covid pandemic and lockdown. The government not only brought the UP labourers back from other states by trains or buses but also helped the labourers of other states in reaching to their states.

Around 40 lakh labourers were given an allowance of Rs 1,000 during the lockdown along with food and medicines.

It also took the decision to develop the world’s largest film city in Noida and allocated the land for it.

The government initiated land acquisition for construction of the Ganga Expressway in 2020 and cleared the way for its construction.

The Yogi government also provided employment to more than four lakh youth. So far, over 20 lakh people have become self-employed under Mission Employment. The target for the financial year is 50 lakh.

A major decision to make ODOP and MSME the backbone of the state’s economic development was also taken in 2020.

A record plantation drive was taken up during the Ganga Yatra from Bijnor to Ballia and awareness was spread among the people about the rivers and the environment.

For the first time, a Defence Expo was organised in Lucknow with the focus on a Defence Corridor. The ‘Har Ghar Nal Yojana’ was also started to provide tap water to every household in the Bundelkhand and Vindhya regions.

These expressways have paved the way for isolated and remote areas of Uttar Pradesh to be accessible and connected to the capital city of Lucknow.