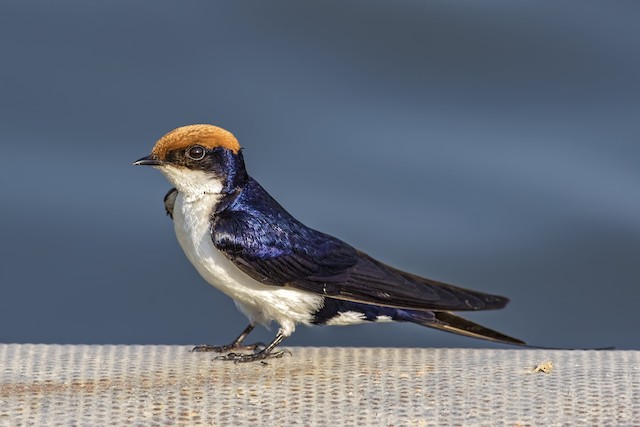 In November 2019, nearly 17,0000 migratory birds died due to avian botulism. It was reported that initially the deaths were thought to have occurred due to  avian flu, but the National Institute of High Security in Animal Diseases (NIHSAD), Bhopal confirmed through lab tests that it was avian botulism that had caused the epidemic.

In the light of several bird species, including crows, poultry, ducks and even migratory birds dying en masse since December 31, 2020, when the death of crows in Jhalawara, Radi area was first reported, it would perhaps be cautionary to contextualise these deaths. Avian life has been under scanner since more than a decade now across the globe when perhaps the first cases of bird flu were reported in several countries of the world.

South-East Asia has had multiple clades of H5N1 and the first was detected in China when it killed some geese being low-key till it ultimately affected live-poultry markets in Hong Kong in 1997. It also effectively killed 6 of 18 infected people back then, but has received little attention in the review of pandemics in avian life.

What is interesting is that the viruses remained largely limited to Southeast Asia till 2005. An incident where some wild birds were allegedly infected in Qinghai Lake, China led to the virus apparently spreading in the west direction. Research has suggested that the virus may spread intermittently to humans as it continues to evolve.

New diseases and strains of viruses have wiped out entire populations in human history. The quest for survival and remarkable solutions in science have completely eradicated plagues, polios and diseases once thought as undecipherable and deadly to human life. We are equally capable of controlling pandemics in avian life that pose threat to our ecosystem.

The death of the crows on December 31st indicated an outbreak of influenza, and over the past week, the incidence of avian death has escalated to several states in India, including Kerala, Madhya Pradesh, Rajasthan, Himachal Pradesh and Haryana. Infact, 12 epicenters have been put under watch for possible outbreaks in farms as the H5N1 clade of bird flu is highly pathogenic and can affect human beings. Poultry and ducks are being culled in droves in Alapuzzha, Kerala, while Rajasthan is keeping vigilance in several of its districts. The Ministry of Animal Husbandry is considering whether the disease is coming from migratory birds and do not rule out secondary human role in the outbreak. But the question remains, is the migratory bird that has travelled borderless across countries for centuries, now responsible for being a carrier of a deadly pathogenic flu that can affect human and farm life? The Siberian flyer that covers great distances to rest for a while in our very own sanctuaries in Rajasthan, will it also have to be under scrutiny if this continues? Has it always been a harbinger of ‘bad news’ then?

If statistics are to be believed, then India was ready to fight and control bird flu in 2005. The first attack came in 2006. The Siberian Crane has been coming winters to India long before humans made this land their home, says www.kolkatabirds.com. In such a scenario, the visitors were us, not them. Citing the magnificent crane as an example of a living being travelling the globe and visiting this country year after year since time immemorial, literally, how is one supposed to pin the circumstances of the past decade on migratory creatures alone? Perhaps it is climate change that has rendered new virulent strains that kill human beings and other species in the environment. Or it could be human activity, even amphibian activity, that could have caused pathogenic pandemics in avian life which now pose direct threats to human life.

Annual occurrences of bird flu and influenza are certainly a call for concern, but are indicative of symptomatic cures and temporary solutions right now. Rather than finding the main cause of the problem, which will not occur once identified and solved, we seem to grapple with the local occurrence while it’s still present. When the problem dies down, the next year reminds us it might still be a good idea to chase the problem once again!

The past week has been a grim reminder of the horror of migratory birds dying by the thousands at Sambhar Lake, Rajasthan, in 2019. A pandemic which has deeply affected human life need not have parallel pandemics running to jeopardise the grave health situation of not just the country but the world. If we had a bird’s eye view that the migratory bird has evolved and developed since the time it has been taking flight to travel our continents, we would perhaps notice that the flu is neither Indian, nor Hong Kongese, Chinese or South Korean. Like the pandemic, it’s a world problem. And perhaps all world problems require solutions that are common to humankind, not just India.