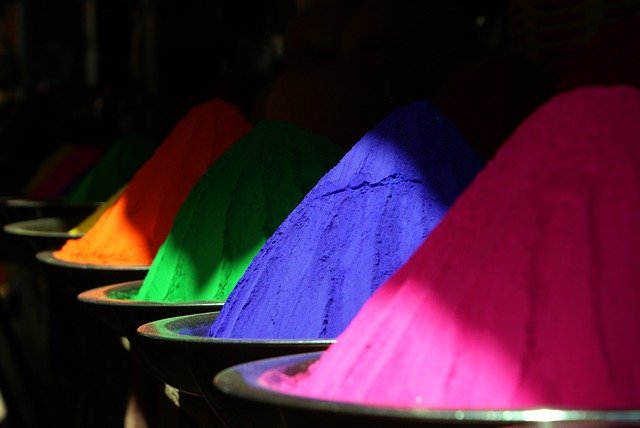 In 1005, Mahmud of Ghazni invaded India for the first time. He later invaded in 1008 and conquered Northwestern India or what was known as Indian confederacy – the kingdoms of Ujjain, Gwalior, Kalinjar, Kannauj, Delhi and Ajmer. Between 1008 and 1025, he ransacked various parts of India again and again, only to be sent away either by persistent defense or bribery through means of gold. In 1025, he finally broke the Somnath temple in Gujarat and looted enormous wealth and so began, the invasions of India – starting from the Ghaznavids until the British Empire until 1947. India was constantly invaded for close to a millennium by various powers but what if it never was? To find out what if India was never invaded, I take a few assumptions:

Again, there are two ways the entire course of modern-day India would probably take its course: One would be technocratic and the other, being a village economy.

Let us consider we become a behemoth of an agrarian nation. The unification of India would be probably in the similar line of former U.S.S.R. but instead of communism, the area would unite under the ‘idea of ancient India’. The idea of ancient India was considered as a land to the north of the Indian Ocean and to the south of Himalayas, as per the epic Hindu text, Mahabharata. This was also mentioned in the book of Alexander the Great’s general Megasthenes’ book, Indica. Instead of we knowing different states as “states”, we would call these provinces. The union of these provinces would be much like the United States, so in a way India would be known as United Provinces of Bharatvarsh or UPB and not India. Agricultural upheaval would be its first criteria.

Throughout the middle ages, there will be severe infighting between various regional kings till the 15th century until they arrive at the notion of UPB. The viewpoint of UPB would be to engage more farmers and become an agricultural behemoth. Scientists would be sent in various places and it would be possible for India to achieve Green Revolution as early as the west had Industrial Revolution. We must note until 1771, India was either #1 or #2 in GDP and consisted of 40% of the global wealth. An agricultural revolution would have skyrocketed India’s position in the global affairs. However, the complete global domination wouldn’t be on India’s cards for too long because the actual Industrial revolution would also go on simultaneously in Europe. This would eventually reduce India’s share of global wealth to around 10%, instead of the 2% we had during the post-British Raj state (1947).

While India is left uninvaded, it doesn’t mean World War wouldn’t continue. It would continue with the same dimensions of Allied powers vs Axis powers. The World War 2 would last for long as UK wouldn’t have the Churchill factor. Remember, there is no invader of India which leaves UK without Churchill. It would be tough for the allies but I see that even without Churchill, allies would have surely won the World War. Only, it would stretch the time period to around early 1950s. After all the destruction, food would be required. India would emerge as a food provider of food to a lot of nations due to the vast amounts of lands it possesses. At this stage, India will also collaborate with the west to learn the western harvesting techniques. This would also increase Indian yields. We would also see India growing at a rate of 10-15% each year in GDP just like South Korea and Taiwan instead of the Nehruvian rate of growth we had just witnessed.

The cons of this would be the living standards of people. Since we would be an agrarian society, the living standards would be extremely low since everyone would be happy in their own little huts. The society would be largely stratified like it is currently. We currently love to believe we live in a currently secular nation but never in this nation have Hindus and Muslims lived ‘together’. It was always a ghettoization of sorts. That would be persistent in the agrarian non-invaded India. The Kantian first principles wouldn’t be followed and people would be sceptic of others. Rather than a liberal society, we would have a libertarian society which would move forward with a dictum of “enforced peace” a.k.a. Non-Aggression Principle (NAP). Another con would be the ills of a great nation. Being a behemoth, it would mean India plays a major role in the existing cold wars or erupting wars.

We now check the option (b) or the technocratic nation. Everything would go on until the Industrial Revolution. To learn more about efficient use of machines, Indians would travel to far off places for better education. If there is one thing Indians are interested about, it’s education – where they might be. Indians who go abroad to study would either stay there or bring back their experiences. Looking at the society in the past, I would like to believe most of them would return and while returning, they would bring the idea of shifting from agrarian front to mechanized front. The intermixing would also allow the western nations to learn that there are new lands to be conquered. Similar things would have happened in India until 1947. This is because in 1947, it was also a phase when the British Empire decided to let go off India due to its war losses. At this point, India would look forward to a capitalist turn but the thing is: Pakistan (east and west) would exist who would love to go the US route too. US would be more than happy to supply wars but whom would they? Imagine it was C Rajagopalachari at the helm instead of Jawaharlal Nehru and Swatantra Party won instead of Indian National Congress. India would grow at a pace faster than the Nehruvian rate of growth but still not enough to reach the 10% mark. The Green revolution and subsequent political activities would bring more or less, the same kind of India like we see now.

The question remains as to whether what kind of society would it be? In a severely competitive and capitalist society, there would be competition. Some groups would rise to the top while some groups will remain disadvantaged. This will create friction and may result in large scale riots as well, unfortunately. These large-scale riots which would exist between 1960s to 1980s would shape the entire nation: just like the Stalinist Russia or the great-leap of China did. This is because we might be experimenting unbridled capitalism. After the 1980s, India would become much more benevolent, we would lie low on matters such as religion, classes and castes. And even adopt certain methods which are liberal in nature. However, there will be a prevailing national sentiment which would have allowed us to function like a mature democracy.