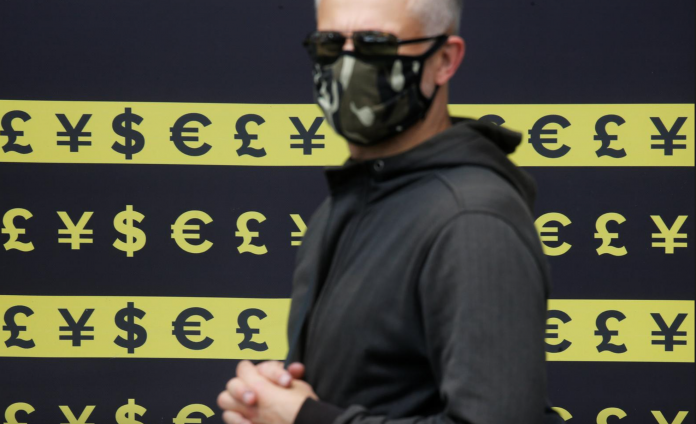 Ukraine’s hryvnia is likely to strengthen in the first half of ,thanks to foreign-currency inflows from exports and renewed interest from foreign portfolio investors in Ukrainian local bonds, a Reuters monthly poll showed on Tuesday.

The Ukrainian subsidiary of OTP Bank sees the hryvnia at 26.50/$1 in the six month period.

“This is primarily due to the situation in foreign commodity markets, including rising prices for grain and steel, and as a consequence of increasing foreign-exchange earnings,” Oleksandr Podnebenniy from OTP Bank Ukraine said.

Grain and steel accounted for more than 35% of Ukrainian goods exports last year.

“In addition, there are positive expectations for cooperation with the IMF,” said Podnebenniy.

Ukraine passed anti-corruption legislation in December to improve its chances of securing more loans from the International Monetary Fund, under a $5 billion deal that was approved last June but stalled over concern over reforms. Loan talks resumed on Dec. 21.

Analysts from Aval, the local unit of Raiffeisen Bank, expect Kyiv to receive the next IMF loan in the first quarter.

“The ongoing review of the current programme with the IMF is a kind of a `quality mark’, which is transparent and understandable to foreign investors and will allow, inter alia, to improve the balance of payments,” they wrote.

In 2020, foreign investors reduced their local bond portfolio by almost $2 billion, or 42%, as Ukraine fell into recession because of the coronavirus pandemic. But foreign investors have bought 10.3 billion hryvnias ($368 million) of government bonds since mid-December.

“Rates are gradually rising and global interest in risky assets is growing amid expectations of a resumption of growth in the global economy in 2021,” Serhii Kolodii from Aval told Reuters.