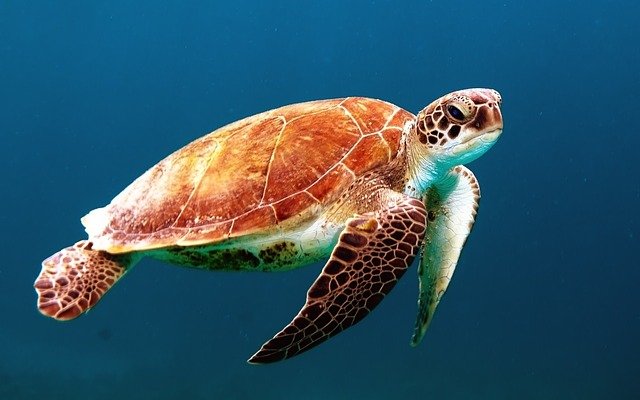 Sea turtles, sometimes called marine turtles, are reptiles of the order Testudines and of the suborder Cryptodira. The seven existing sea turtles species are:

The sea turtle life cycle begins when a female lays its eggs on a nesting beach, mostly in the tropics. From four weeks to two months later, a tiny hatchling makes its way to the sand surface and heads to the water, avoiding every predator imaginable. This is one of the most dangerous journeys of a new born, against all odds, crawling his way from sand to sea.

What is a Sea Turtle Life Cycle

Sea turtles globally nest on beaches in warmer places (sub-tropical beaches and tropical). The female walks ashore, digs a body pit then and an egg chamber (nest), produces the eggs, and eventually covers up the nest. After that, they will camouflage the nest, including a large area with sand, cover the nest, and then walk back to the water. About two months later, the hatchlings will emerge and then head to the water.

From the time the hatchlings take their initial swim until they come back to coastal waters to forage as young ones may be as long as a decade. This period is often referred to as the “lost years” since following sea turtles’ movements during this period is difficult, and their whereabouts are often not known to anyone.

After the “lost years”, when they have evolved to almost the size of a dinner plate, their open ocean (pelagic) phase ends, and they return to seaside waters where they relax and continue to mature. During this periods, these reptiles are extremely mobile, walking and swimming over large areas of sea.

Ten to forty five years after hatching, adult sea turtles finally reach sexual maturity and can mate. Once they reach the sexual maturity period, they will move to beaches to nest. Only females will come to lay eggs, usually in the area where they were born. Most tutrles will nest several times during a nesting season every couple of years throughout their lifetime.

It is unknown precisely how long sea turtles live in the wild, but scientists think their life span may be as long as over 100 years. Unfortunately, though, turtles face several threats related to human activities.