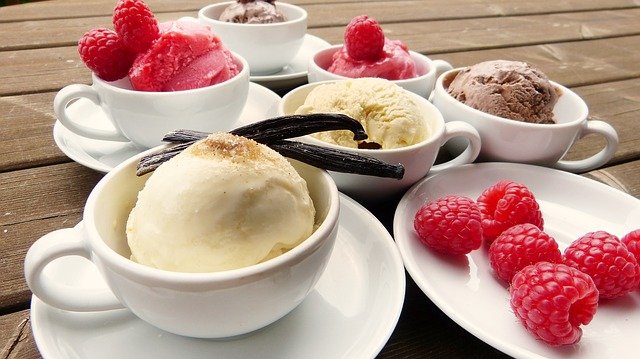 Vanilla belongs to the orchid family and it is of a collection of around 25,000 different species. Vanilla is consumed and appreciated globally with the International Ice Cream Association stating that ice cream consumers prefer the vanilla flavor to other ones. The passion we all have for vanilla has turned out to become some of the most beloved food additives but it has its history.

Vanilla is native to the Caribbean, Central, and South America and it is believed that the first people to have done the cultivation were the Totonac people who lived on the east coast of Mexico. The Aztecs took over when they overran the Totonac in the 15th century and it would later become the turn of the Spanish, who seized control of vanilla production when they achieved victory over the Aztecs.

Some records indicate that it was Hernan Cortes who introduced vanilla to Western Europe. As for the Aztecs, they enjoyed their chocolate with vanilla, and with time, the Europeans also got used to it. At that time, no one thought more of vanilla than just being an additive for chocolate and this would continue until the beginning of the 17th century when things changed.

A brilliant apothecary named Hugh Morgan was working for Queen Elizabeth I and he came up with sweetmeats that contained no chocolate but were flavored with vanilla and the queen fell in love with them. By the following century, the French were already making use of vanilla as the flavor for their ice creams, something that Thomas Jefferson stumbled upon in the 1780s when he was working in France as an American minister. He was so much in love with it that he decided to write the recipe down.

Vanilla took a while before it showed up on the recipe books. Waverley Root is a food historian and he believes that the very first vanilla recipe showed up in the cookery food of Hannah Glasse in 1805. In the book, the recipes suggested the addition of vanillas to chocolate. The first American recipe for a vanilla ice cream appeared in 1824 in one of the publications by Mary Randolph. The demand for vanilla exploded by the second half of the century because, at that time, its importance was established as an ice cream flavor people loved.

However, another factor that boosted the popularity of vanilla was the use of the substance as one of the most important ingredients for the production of Coca-Cola by John Pemberton in 1886. Coca-Cola took off very well and with it, vanilla rose in prominence.

The vanilla issue is that it has always been expensive. When it comes to spices, vanilla is the second most expensive with only saffron costing more and the reason for this is because the production of vanilla involves so much labor. Vanilla itself grows as a winding vine that can reach as much as 300 feet in diameter. It is from these vines that pale flowers measuring around four inches in diameter jut out.

If pollination happens, the fruit will develop and later have thousands of tiny black seeds which will give the much-desired flavor. Today there are vanilla plantations in various parts of the world like Tahiti, Reunion, India, Madagascar, and Indonesia. However, Madagascar and Reunion remain the largest producers of vanilla in the world.

The vanilla beans upon harvest are picked by hand upon becoming ripe before they are then subjected to a process of curing. At the end of the process, we are left with pleasant-smelling black pods which are then sold to the spice merchants. The production of vanilla worldwide clocks in at about 2000 metric tons annually and that is nothing compared with the global demand for it. It is because of this limited production that many items that are labeled to contain vanilla contain other substances rather than vanilla.