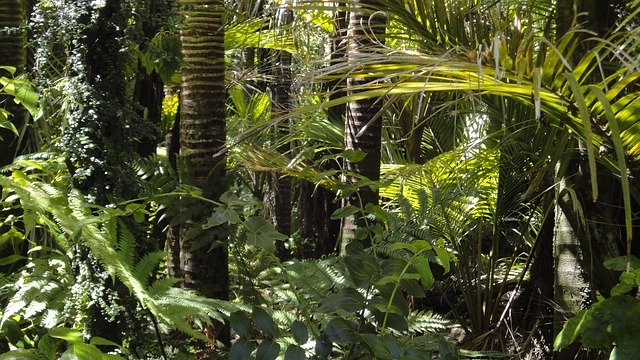 Named after Greek mythology’s women warriors (Hi WonderWoman), the Amazon is a site of near-mythical status. What traveler pulled to the wild places of the earth hasn’t envisioned a trip to the Amazon, not only to admire the great river, towering trees, undercover wildlife but to enter, in a real sense, the very life source of the planet?

Expecting a National Geography Wild–like experience (anacondas on every shore, jaguars in every tree) is a recipe for dissatisfaction. In reality, Amazon’s breathtaking experiences are more sublime than superlative: dozing in a hammock on a boat chugging upriver, canoeing through a flooded forest, waking to the mysterious cry of howler monkeys. On a river whose size is legendary, it’s the little things that make it unique. Give it some time, and Amazon is all this and more.

Top Attractions in the Amazon

This newly discovered extractive reserve is a fantastic place to submerge yourself in the best the Amazon has to offer, with unique wildlife-watching – if you’re here to view the Amazon in its natural state, this place should be on top of your list. The reserve stretches north from the Rio Negro and is most easily explored from Novo Airão.

The forest here is clean and teeming with animals and birds. Monkeys commonly seen include capuchin, howler, saki, and squirrel, as well as tamarins and marmosets. Toucans and Macaws also lead a star-studded cast of birdlife.

The State Park of Serra do Aracá is an integral part of the Barcelos municipality, about 290 kilometers from Manaus, the Amazonas capital. Situated between the Negro and Branco rivers, the park houses unique biodiversity and has hills that reach 1,700 m in height.

The reserve includes a chain of shields situated in the north of Brazil. They are called as tepuís, natural rock formations that look like a table of over 1,100 m in height.

One of the attractions is the Eldorado Waterfall.

Although this natural park was founded in 1990 to protect the unique canyons cut out by the Rio Aracá, it wasn’t until last year that the extensive waterfall at its center was officially certified and measured. It turns out, Cachoeira do El Dorado is Brazil’s highest waterfall, falling 353m over a sandstone cliff into a naturally created pool below.

The floodplains southeast and east of Santarém are among the Amazon’s most satisfying excursions. Mostly flooded, the plains houses incredible birdlife (including macaws, toucans), howler monkeys, pink dolphins, anacondas, and sloths. Take an overnight boat trip (beware of anacondas), go canoeing through the flooded forest and unwind far from the tourist crowds.

If you are traveling to the mighty Amazon to see the primary rainforest, look no further than the Floresta Nacional do Tapajós. Wildlife is a probability – from primates to birds and even the jaguar – but it’s the sense of the deep forest and some of the tallest trees anywhere that are the real attraction here. Access is from either Alter do Chão and Santarém.

All three villages (São Domingo, Jamaraquá, and Maguarí) have well-maintained forest tracks. However, the primary rainforest (as opposed to the human-populated secondary rainforest) and the massive trees is a 3-hour hike away, inward from the river.

Covering over 100 sq km, this ‘garden’ is the world’s biggest urban forest. There’s a chain of five short trails (closed shoes and guides required, three hours) and an open-air gallery that includes rotating exhibits on Amazonian plants and animals and a magnificent 42-meter-high observation tower.

What to eat in the Amazon?

Local cuisine is delicious and diverse and can be found in many Amazon town. We advise you to try tapioquinha, a glutinous pancake prepared from manioc starch, usually extensively buttered and filled with farmer’s cheese and tucumã palm fruit. We also suggest trying tacacá, an Amazon regional soup. Pamonha, made from coconut milk boiled in corn husks and green corn, is also a hot favorite. Bolo de macaxeira is a tasty and heavy glutinous translucent oily cake prepared from manioc. The evergreen sugar cane juice is a favorite drink among the regional population. The region is also known for its exotic fruits like iron-rich açaí and creamy white capuaçú.