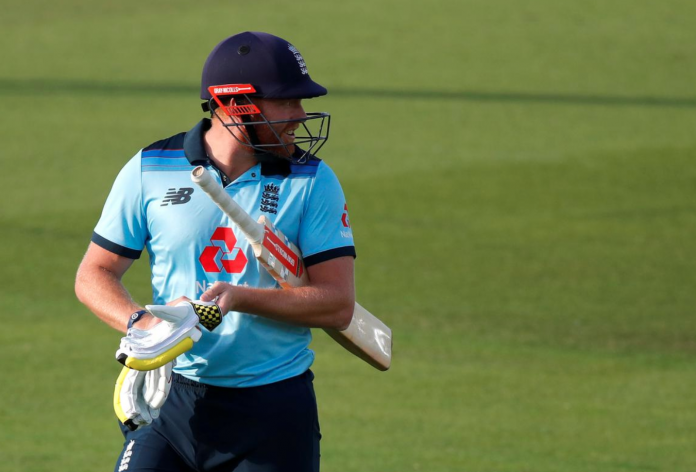 England on Monday completed the formalities of scoring the additional 36 runs to win the first Test against Sri Lanka by seven wickets at the Galle International Stadium.

Resuming on 38/3 on Day Five, wicketkeeper-batsman Jonny Bairstow and debutant Danial Lawrence carried England to their 76-run target inside 35 minutes on the final morning of the Test match.

Bairstow and Lawrence remained unbeaten on 35 and 21 respectively as the visitors took a 1-0 lead in the two-match series.

After England slipped to 14/3 during a frantic end to the fourth day, Bairstow and Lawrence’s unbroken 62-run stand guided England to a rather comfortable win.

Sri Lanka were earlier bundled out for mere 135 in their first innings. England, in reply, scored 421, riding on captain Joe Root’s brilliant 228 and 78 from Lawrence.

The hosts then came out with an improved batting performance as Lahiru Thirimanne, Angelo Mathews and Kusal Perera scored 111, 71 and 62 respectively to help Sri Lanka end their second innings on 359 and set a 76-run target.

“Credit goes to Thirimanne, Angelo and Kusal. Everyone did their bit in the second innings. If we had another 70-80 runs, it could’ve been a different story. Have to take positives out of this and go on to the second Test,” he added.

The two teams will now face each other in the second and final Test at the same venue from Friday.