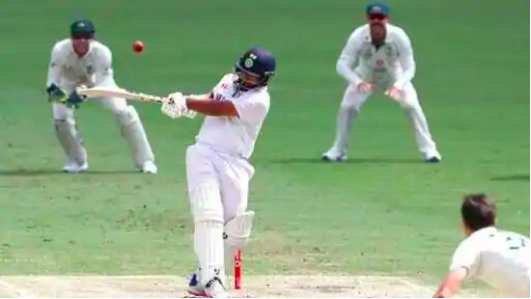 India chased down 328 in the fourth innings to win the 4th Test vs Australia and claim the series 2-1.

A counter-attack from Shubman Gill (91) set up a thrilling hour of play on either side of the Lunch break, before Ajinkya Rahane joined Cheteshwar Pujara. Rishabh Pant was promoted to Number 5 as India looked to go for the win in the afternoon session. At Tea, India were 183/3, needing 146 to win in the final session. Pujara, after weathering numerous blows to the body, was given out LBW on umpire’s call for 56. Pant carried on India’s charge towards a historic win in the last hour of the Test. Australia had not lost a Test at the Gabba in 32 years before this.

India won the decider with this bowling attack: Mohammed Siraj, T Natarajan, Shardul Thakur, an injured Navdeep Saini, Washington Sundar. They took 20 wickets at the Gabba where Australia hadn’t lost in a million years. Shubman Gill hadn’t made his debut before this series, Rishabh Pant wasn’t a certainty before this series and Virat Kohli is watching this from halfway around the planet. The last day at Sydney couldn’t be better but here we are, last day in Brisbane, last day of the series. It’s unreal, simply unreal.

From 36 all out, losing all your star players, facing racial abuse from the Australian crowd, cricketers and being mocked by the commentators all the time to winning at the Gabba. This victory will perhaps be the sweetest in the history of Indian cricket.

Twitterati has been going crazy with victory memes, statuses and a lot more – celebrations are in store for Team India after pulling off a historic win. Some say, months of Netflix streaming during the lockdown hasn’t matched up to just this 1 Test series in Australia.