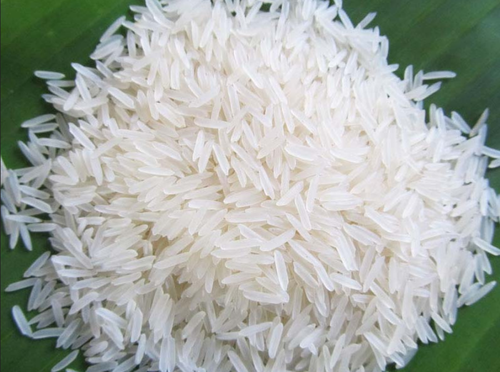 On 31st December, 2020, the internet went berserk over the unfortunate demise of Mahashay Dharampal Gulati, the founder of MDH spices. More than an inspirational businessman, we felt fascinated to vicariously live through his celebrated life. Time is indeed ruthless and this unexpected loss made me think about another ripe old citizen – who is widely celebrated in an area which is related to spices. Thakur Vijaypal Singh.

Students of agriculture as well as people who are invested in this ‘field’, are well known of Thakur Vijaypal’s legacy. Born in 1923, he has enormous contributions to the field of rice breeding. He has written several articles on rice breeding and was honoured with the Padma Shri in the year 2012. He has written the book called Responses of Irrigation Scheduling and I.N.M. Scented Rice. He, along with his student, Ashok Kumar Sarial created the longest known cultivar in the world called Pusa 1121.

The Pusa 1121 breed of rice stood out amongst other varieties with near zero stickiness, minimum possible breadth wise expansion amongst any rice breeds possible, lesser requirement of water, its aroma and obviously, the length of the kernel. It also has a high threshability which allows farmers to do manual threshing easily. Due to such world class specifications, this was at once deemed as an export quality rice.

The commercial production of Pusa 1121 was first tried out in 2003 and within four years, the brand received widespread popularity within farmer community of Northern India. By 2018, 70% of the Basmati rice grown in India belong to the Pusa 1121 brand according to the article written by Vijaypal Singh titled Pusa Basmati 1121 – a rice variety with exceptional kernel elongation and volume expansion after cooking.

Between 2009 and 2015, thanks to the Pusa 1121 variety, the exports of Basmati catapulted almost six times. 5,000 crores to 27,000+ crores. This breed of rice has further potential of export value but it has one setback to face. The stringent labelling standards of the European market. As of now, the Pusa 1121 variety is neither labelled as one of the existing seven notified Basmati variants nor an eighth version.

The Pusa 1121 has expanded to the markets of Central Asia and Western Asia. Especially, Iran and Saudi Arabia. The European market, on the other hand, offers significantly higher price and a higher population compared to these two geographical places. However, this has opened one more avenue: the local population. In the first few years, Pusa was extensively grown in Punjab, Haryana, Uttar Pradesh and Uttarakhand but now, places farmers from Jharkhand and even Tamil Nadu grow this variety.  In the last ten years, Pusa 1121 has been one variant which acted as a stimulant for the Indian agriculture.