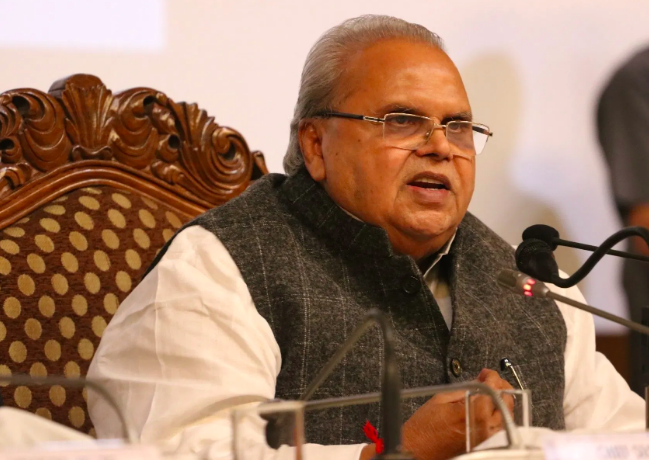 Meghalaya Governor Satya Pal Malik said on Tuesday that the ‘Restart Meghalaya Mission’ (RMM) of the state government has earmarked Rs 14,515 crore for various developmental and business activities over the next three years, which will boost the economy of the state.

In August last year, Meghalaya Chief Minister Conrad K. Sangma had launched the Rs 14,515 crore RMM to revive the state’s economy, which came to a standstill due to the Covid-19 pandemic. Of the Rs 14,515 crore, Rs 7,839 crore has been allocated for the current fiscal to develop infrastructure and boost trade and business.

After hoisting the tricolour at the Polo Grounds here on the occasion of Republic Day, the Governor in his speech also highlighted the concerted efforts of the state government to boost the economy, which has slowed down due to the pandemic.

Malik said that the ‘Jal Jeevan Mission’ to provide piped water connection to every household in the rural and remote areas in the mountainous state would be concluded by December 2022 as against the national target of December 2024.

He also spoke about various other welfare schemes and developmental projects undertaken by the state government.

Appreciating the Covid management in the state, the Ggovernor said that Meghalaya continues to be one of the few states which have the lowest number of active Covid-19 cases.

As part of the Republic Day celebrations, the Meghalaya Day Awards were handed over to various personalities. Different security contingents, including the Central Reserve Police Force, District Executive Force of Meghalaya Police, NCC, and the Brass Band of the Border Wing Home Guards, took part in the parade.

Colourful cultural performances by different ethnic communities of Meghalaya were performed on the occasion.