Flashpoint of 1992 LA riots becomes a place of celebration 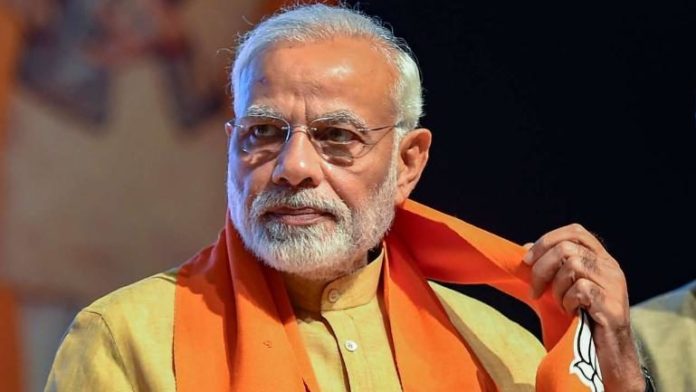 Prime Minister Narendra Modi on Thursday addressed the National Cadet Corps (NCC) rally here and said that India will soon be known as a big producer of defence equipment instead of being the world’s biggest arms buyer.

He also said that the youth wing of India’s armed forces has witnessed a 35 per cent increase in the number of girl cadets in the last few years.

The Prime Minister inspected the Guard of Honour, and also reviewed march past by NCC contingents and cultural performance during the event.

Addressing the NCC rally here at the Cariappa Ground, Modi said, “India will soon be known as a big producer of defence equipment, instead of being a market as it is today.”

He said that “you are witnessing fulfilment of several targets of self-reliance”. “When you see excitement in your circles with local brands, it is a positive change,” he said.

He also said that India has received three more Rafale jets from France.

“They (Rafale) have the ability to refuel mid-air, which has been done by India’s friend UAE, helped by Greece and Saudi Arabia. This is a portrayal of India’s strengthening friendship with Middle Eastern countries,” Modi said.

He said that last year India has shown whether it is a virus or a border challenge, the country is capable of taking every step to defend itself strongly.

“Whether it is the safety net of the vaccine or missiles of the challengers of India, India is capable on every front,” Modi said.

Stressing on the role of the NCC in the society Modi said, “To bring the discipline in society, the NCC can play an important role. The discipline should remain throughout your life.”

He also asked the NCC cadets to inspire people around them to follow discipline in society, as it will help the country and the society to grow.

He said that the image of NCC is growing day by day. “I feel proud. The valour and service feeling of NCC is visible. When there is need to make people aware on laws or on Constitution or on important campaigns, the NCC cadets are there.”

He said that in times of emergencies or during the times of the natural calamities, the NCC cadets have served the people of the country.

He said many youths have left the path of Maoism and have integrated themselves into society. He said that the Covid pandemic was a challenging time for the country. “But it also brought opportunity to do something for the country and to become self-reliant,” he said.

He said that the government has tried to expand the role of NCC.

“We are going to increase the role of NCC in the border areas and on the coastal areas. On August 15 last year it was announced that in 175 districts NCC will be given a new role for which one lakh cadets will be trained by Army, Air Force and Navy,” Modi said, adding, “And out of this, one-third are girl cadets.”

Modi emphasised that these advance simulators will improve the training quality of NCC cadets.

Remebering General K.M. Cariappa, after whom the ground has been named, Modi said, “This ground is named after General Cariappa. His life was filled with heroic deeds. His valour gave India a strategic edge during the 1947 Indo-Pakistan war. I pay my tribute to General Cariappa.”

He said many women personnel are now safeguarding the country on the borders.

Remembering the famous Battle of Longewala in 1971, Modi said, “In the 1971 war, our soldiers had won a strategic and decisive battle in Longewala. In that war against Pakistan, India had defeated the enemy on the borders. Pakistan’s innumerable soldiers had surrendered to India. This year, we are completing 50 years of that war.”

Modi also paid tribute to the soldiers who laid down their lives during the 1971 India-Pakistan war that led to the formation of Bangladesh.