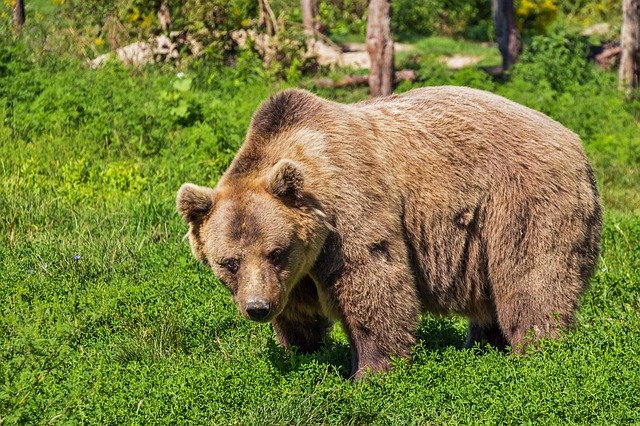 While camping in Synevyr National Park, I learned four lessons about leadership courtesy of a Brown bear.

Near our relaxing campsite, we saw a brown bear savoring a fishing excursion. It was a magnificent sight until he crossed the lake in our region – then it became frightening. Our tour guide reassured us there was no reason to panic; the deers would chase him away.

Sure enough, the deer gang was harmonized enough to its surroundings to pause from eating. It looked attentively at the brown bear, took a couple of steps toward it, then stood still, with ears standing forward. A few other deers raised their heads, saw the brown bear and calmly join the lead deer. Next, the lead horse joined the deer, and soon, the herd came together to watch the bear.

To our great surprise, this herd of prey animals began walking toward the apex-predator of Ukraine! The beer turned and walked away, followed by the herd until the brown bear was at a distance. One by one, the deers and horses lowered their heads and came back to grazing.

As the group’s leader, our tour guide knew the powers of his team members. He knew that deers are more territorial than other animals and capable of leading the herd to run off a bear. So while we tensely watched, our guide sat relaxed, trusting the “team” to do its work.

As followers, we, the civilian campers, trust our guide based on his reputation and competence. For four days prior, his presence validated our trust. While we were worried about the beer situation, we believed his assurances.

Within the larger unit of crew, outfitter, riders, and animals, the herd was a sub-team. The lead deer took the pack to different spots for grazing. Facing this ecological threat, the more territorial lead deer took the initiative to investigate the situation. It was joined by about 15% of the herd. These like-minded “team mates” weren’t forced into a change from grazing. They went along vigorously to handle the threat. That 15% acted as enough of a pull to inspire the rest of the herd to stop hoggin and join in.

Once the lead deer took action, it didn’t get perplexed. It walked resolutely toward the brown bear with the bulk of the herd following. The few stragglers, understanding that their survival depended on not being left behind, joined others.

These are the four lessons for leaders available from this encounter: