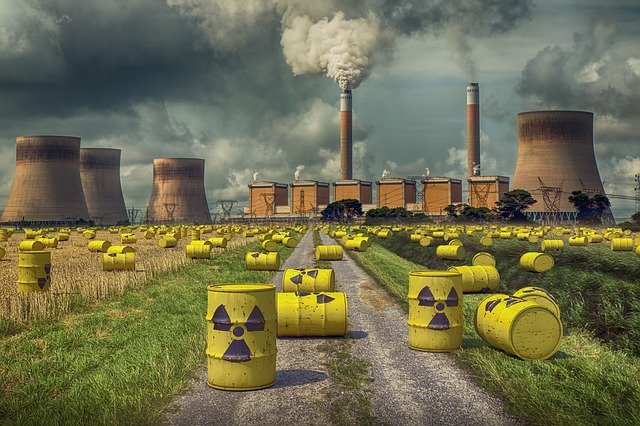 Radiation as a health risk has lately made its way into the media again, as it does from time to time. This undetectable (by humans) energy form has held a place in the human psyche as a uniquely evil and stealthy danger to human health since the decades of early experimentation with radioactive materials, the presentation of the power of nuclear weapons, and the growing use of nuclear power stations which brought people nearer to places using large radioactive sources.

Ionizing radiation is often not well understood by the general population. The term encompasses various energy forms released by different sources, all of which have the property of entering other substances and obstructing atomic structures, displacing electrons or nuclear atomic particles, and forming isotopes or ions, hence the term ionizing radiation.

Ionizing radiation may be an electromagnetic wave with abundant energy (the same as radio waves, light, and microwaves) or an atomic particle like a neutron or electron. As long as the particle or wave is sufficiently energetic, it can cause ionization, regardless of the intensity or amount. In this way, radiation is different from the heat in the way it causes damage. Radiation can travel through a vacuum, and some forms can travel through additional materials to differing degrees. This property is employed in x-ray imaging, where bone engages the rays, casting a shadow on the film. A sheet of paper can stop some forms of radiation, others slowed by water or air, yet others need dense material such as lead and concrete to stop them.

In humans, ionization confers the powers to directly damage molecules in the body, including proteins, cellular material, and DNA, creating free radicals that are chemically reactive and cause extra damage to cellular material. This can result in radiation sickness and radiation burns in the short term and even some cancers in the long term.

Many types of radiation occur naturally, and it is not feasible to avoid all irradiation. Cosmic rays and UV light from the sun are ever-present, and radiation is released from radioactive forms of naturally occurring rocks and minerals. Airline crews are comparatively highly exposed to cosmic radiation because of constant high altitude flight. Background radiation from soil can vary extensively depending on local geology. Radon gas is a decomposition product of uranium-containing soils that seeps out and can accumulate inside well-sealed buildings. Naturally occurring radioactive isotopes of elements ingested in food are present in the body and illuminate internally. Carbon-dating uses the decay of C-14 over a long duration to determine the age of biological specimens. X-rays and other tests can expose a person to radiation. Lastly, various household items produce radiation in small amounts or include radioactive material, including luminous dials, smoke detectors, fluorescent bulbs, etc.

Radiation has many modern life applications – in smoke detectors, industrial x-rays of essential components such as welds, and monitoring industrial processes through thickness monitoring and flow monitoring. Medical imaging and few procedures also involve radiation, and nuclear power plant workers obviously can be exposed. These workers are carefully controlled, and their exposure is limited by law, and they are required to undergo periodic medical monitoring of their health.