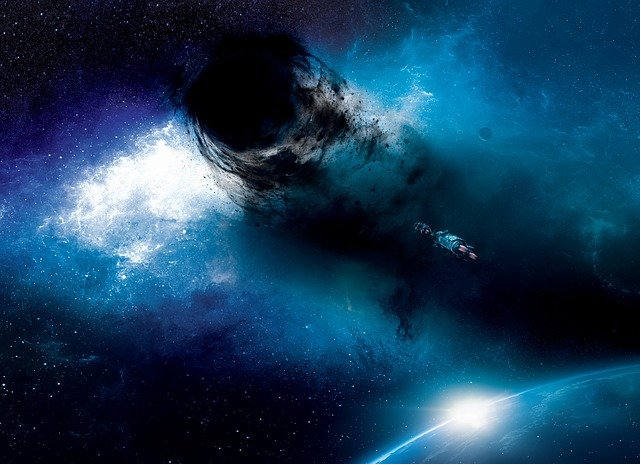 In the movie Interstellar, the protagonist slips through the floor into what looked like a never-ending hole and stayed static in a position which was a three-dimensional (3D) world within a five-dimensional (5D) plane. He noticed his daughter whom he had left in the far past and through other time periods as well. The dimension was created for humans to get a hang of what the 5D world would look like. Before one could understand, let us first learn what dimensions are. A 0D dimension is a dot. Elongate that into a line, you’ll find a line or 1D in which you can move back and forth. If you draw a line through the 1D and allow yourself to move left and right, it’s 2D. Add the height aspect, and you will find a world like ours – where you can go left, right, diagonal, anywhere and even up and down. This is the 3D and this is where we live in.

The 4D is where it gets tricky. In the 4D, we add the aspect of time as has been understood till date. In the 4th dimension, one can travel not only in the usual three dimensions but from today to day after tomorrow and back. It will be unimaginable to understand what happens. Knots will be unraveled, light and sound would travel differently but what if we take everything a notch higher? Enter the 5th dimension.

Imagine there is a 1D line which represents the time. The first dot of the line is past, midway is tomorrow and far future is where the line ends. Someone creates a 2D line out of this 1D line right from the centre, and now you can travel anywhere – in the past or future, or in the imagined past and imagined future. That is the easiest way one can explain the vast dynamics of the 5D. On the 3D world, we cast a 2D shadow if the light is thrown against us. What about the 5D? To make matters mind boggling, we would see a 3D shadow! Imagine we cast a shadow on a slim stick. A 1D stick would create 1D or at most create a 2D shadow, with time. Hence, we in the 5th dimension would go on to create 3D and 4D shadows.

If we are looking at a video of a person in a 2D maze, we see that the person cannot figure his way out. We can. This is because we are looking at the video from the 3D in eagle eye view. We can guide him to his way out and look beyond walls. Likewise, the 5D world would allow us to look beyond the 3D world. Need something in your cupboard? You can have it. Great Wall of China? Penetrable! Walls would be useless in a 5D world, and so will be the roof. This is due to the atoms. In a fifth dimensional world, the atoms would be spread apart and so would the atomic structure of different elements. Different kind of periodic table would have to be created. Water would not be water. Even the light reflecting on its surface would behave a bit differently. Not as much as an even 4D surface but since another dimension is added to the fourth dimension, this would be a bit similar. In a 2D, one goes right and left, but we in 3D are able to say what path should a 2D creature take in order to have the shortest and linear-most route (which is a 1D trait).

How would light travel? In a 4D, the light would be scattered in a different manner but with 5D, it would be more or less similar. However, the photons would be reflecting off more surfaces. Rooms which would be lit in a specific intensity would be brighter or darker depending on where the body of light is. We would probably understand this dimension better than we understand the fourth dimension. The earth would not be of the shape of sphere. It would have a typical five-dimension shape which is not spherical. The formula of this 5-sphere would be (8π2r5)/15 instead of the volume to find a regular sphere or 4/3 r3.

Let’s see about travel. Travelling would be painful since the over-bridges and channels would all come down to one level from a 5D view. We would be able to turn back time but that might have significant repercussions since others would wish to do the same as well. There will be so much more to explain but we cannot since we can only imagine what it would mean. Or rather, this might be beyond our imaginations as well.