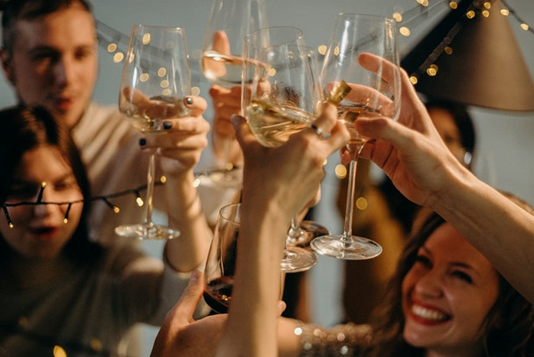 Money is the last thing you want to talk about when you’re enjoying some turkey and pumpkin pie, but sometimes you can’t avoid it. The holidays are a naturally expensive time of year for anyone, but it’s especially hard when you’re on a tight budget and borrowing money.

Unfortunately, your nosy family members don’t always get the memo. If you’d rather keep your financial situation private, here are three conversation hacks to help you avoid the money talk this holiday. They’ll help you dance around the subject during the big family feast.

Learn How to Change the Subject

While there may be a time and place to talk about direct lender payday loans, the best time is not at the holiday dinner. The same goes for any personal finance topic. If you rather not get into the nuts and bolts of your credit score, your layoff due to the lockdown, or the details of your payday loan you took out in an emergency, you need to know how you’ll redirect their line of questioning.

Just because your seatmate asks you a question doesn’t mean you need to give them an honest answer. Remember this tip for any social get-together. If something makes you uncomfortable, you don’t owe anyone an explanation.

During the holidays, however, you do owe your host the courtesy of handling the conversation well so that you don’t cause a scene.

A tried-and-true method involves saying your finances would bore the rest of the guests nearby. You can then fill the silence by asking another guest a neutral, open-ended question. There’s a big chance they’re just as uncomfortable about the money talk as you are, so they’ll likely jump into save you.

Be Gracious and Graceful

A chatty dinner guest may not realize that they’re stepping on toes when they ask personal questions about your financial situation. But in all likelihood, they know exactly what they’re doing when they bring up the fact that you’ve used payday loans in the past. They’re doing it to ruffle your feathers.

Letting them know they’ve hit a raw nerve only enables their behavior, so don’t let it show they’re annoying you.

Although it may be hard to remain calm, take comfort in the fact that you’re not giving in. There’s no shame in enjoying the petty victory of thwarting their best efforts. Better yet, they’re more likely to move on to a more susceptible victim when you prove to be unbothered.

Control the Conversation Before it Gets to Money

When it comes to surviving dinner with your social graces intact, prevention is better than the cure. Taking the reins of the conversation can squash your seatmate’s chances of asking you about your spending and lending habits.

If you’re a wallflower, this may be the hardest challenge of them all, but there’s a way to control the conversation without having to be the center of attention. Before you arrive at the dinner table, brainstorm safe conversation starters and topics to bring up during the meal. Focus on open-ended questions about other guest’s careers, hobbies, or families. Recalling shared memories from previous holidays or talking about TV shows that you like are safe topics, too.

Being Prepared Helps You Avoid the Worst of it

While the host wakes up early to thaw and baste the turkey, you have another list of things to do before the big meal as a guest. Take the time to prepare yourself for nosy dinner guests, so you aren’t left to their mercy.