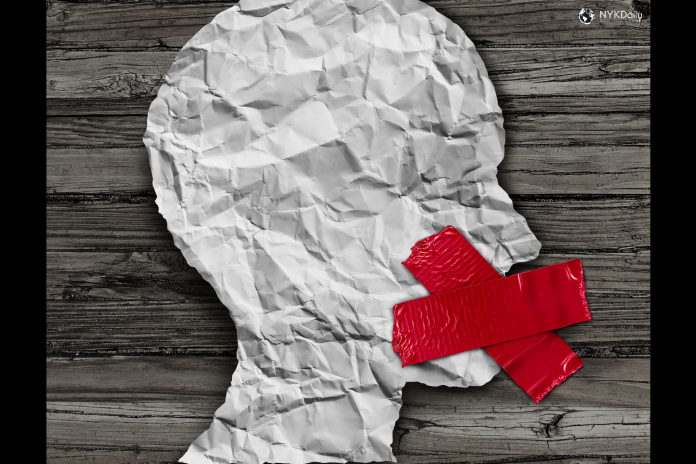 Have you seen that there are a few things you cannot say these days? Instead, you are forced to deny the apparent observations and perhaps lie about facts that you really see. Have you ever contemplated that we are making liars of our populations in our lust for being friendly or politically correct? In doing so, are we not encouraging deceit? Why are we doing it at all? The question remains in what is the probable future of honesty being the best policy.

The other day an entrepreneur wished me a happy holiday and praised my сестра (sister) for something. It was clear he did not believe or care, yet he did so out of political correctness rather than sincerity or honest assessment. Obviously, not being a supporter of political correctness, I called him on it and responded “let’s not overdo it and skip the patronising?”, which may not get me a lot of fans in the world, but if I earn the world’s respect for my honesty someday, that would mean more to me.

This particular entrepreneur had started a “Diversity Benefits for Oversea employees” initiative in his company which got him a decent PR across top-rated platforms, image building and recognition. The initiative said that it is culturally “insensitive” to expect employees to arrive at office on time because “time may be fluid” in some societies. Now, while I appreciate the philosophy associated to the thought, I don’t necessarily think that’s how a company can run successfully. We are humans after all and we tend to be more selfish than needed, exploitation comes to a human being naturally in today’s trying times despite the ardent need for kindness and empathy. This practically develops into taking advantage of the initiative and skip work, come in late for meetings and basically an overall degradation of quality of work being put in by every employee which in turn affects the efficiency of a company, which further leads to a decline in the economics of that particular industry. Inefficient employees (or team, if you prefer the term) always have the power to kickstart a series of downhill events globally. They are the pawns of the chess board in this world – underrated but highly capable of changing the game and impossible to win without.

Now, my sister was late for the office a few times and I know she has issues with waking up early. I empathise with her sleep cycles and her health but the entrepreneur justifying her professional tardiness by mentioning an initiative and ‘praising’ her in front of me for being “punctual” is taking the “political correctness culture” way out of context and need.

I know what different time zones mean. I really do. But if someone is late for work, will you remind your manager, “In my culture, 9:00 a.m. means 9:41 a.m.” I mean, that’s just not how professionalism works, does it? While some of you may say, “why not”, and dream of building a professional world which accepts more flexibility than needed and justifies indiscipline under the garb of competence, it wouldn’t last very long in terms of industry efficiency. Companies collapse everyday due to uncooperative teams, bad decisions and poor leadership. These parameters affect the rich and poor alike in terms of basic amenities and a crumbling economy. What’s worse is, if the owner of a company encourages professional tardiness and political correctness, rather than giving his team the incentive to always speak the truth – how can you lead if there is not enough honesty, commitment and empathy at the same time, within the team?

You see, it’s okay to be late when you’re going out for your personal fulfilment, fun and frolic – the only person responsible there would be you and perhaps your friends and family. But when you’re late for a client meeting due to unexplainable reasons, there are multiple factors and people involved who would bear the brunt. Your colleagues and bosses would be held responsible and not just you. Now don’t misunderstand me, I don’t mean that one shouldn’t be considerate to employees when they are going through a personal crisis or a medical emergency which justifies their tardiness. It’s just the Netflix at night which causes an employee to show up to work an hour late that isn’t justifiable through any society-pleasing initiative.

This politically correct entrepreneur would not come clean and continued to try to justify his point of view, kept talking about how he cared which seemed rather farce considering his probable desire to win brownie points from society and eventually ended up misleading himself in the conversation – which only proved my point further.

Political Correctness has transformed us into a lying generation. There is no need to put up false fronts or lie to maintain political correctness or live up to societal standards. Why is it okay to lie to everyone you meet and dismiss everything you see? Political Correctness is slaughtering integrity. As long as your words don’t harm somebody, you’re doing the world a favour by being honest and calling a spade a spade.

Political correctness is correct only upto a certain point and not to the scale where it could turn you into a hollow person or worse, a pathological liar.

A successful entrepreneur must always adapt to the changing world

Entrepreneurship Guide to Building a Team