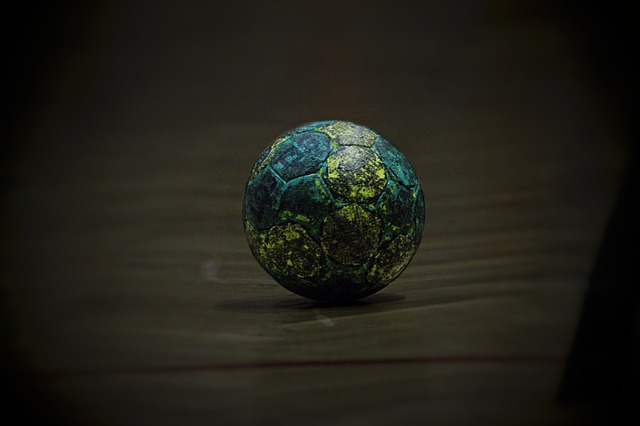 Handball is one of my favorite team sport in which two teams of seven players each pass a ball using their hands to throw it into the other team’s goal. A standard match consists of two periods of half an hour each, and the team that scores more goals wins the game.

Different types of handball games have been played worldwide for many years. Recognized as one of the oldest ball games, handball was played in Egypt over three thousand years ago, in early Rome, and by South and Central American tribes centuries before European invasions.

The early Egyptians played a mixture of ball games. Illustrations of Egyptians playing handball have been discovered decorating five-thousand-year-old tombs at Saqqara, which portray girls in teams of two playing this fantastic game. Balls used in Egyptian handballs were carefully designed to be both durable and light – they were made of leather skin filled with hay or other fibers such as papyrus.

In the mighty Roman Empire, the game was called expulsim ludere and was extensively played on courts, which were called sphaeristas. The legendary Alexander the Great is said to have been the man behind spreading the game amongst the early Greek colonies in Italy in the first millennium BC, and from there, it spread to other city-states of the Roman Empire. Details of how the Romans played the game during this era are sketchy, but researchers believe that it was similar to today’s one-wall handball.

During the middle ages, in France, the game was called Jeux de Paume (palm play) and popular with both peasants and nobility. The medieval French colonies made the ball from portions of tightly-rolled cloth sewed together, and as the game evolved, they used gloves to allow more violent hitting of the ball. This form of handball is considered to be an early forerunner of tennis. As the game developed in France, players began to use larger and larger gloves, until eventually, they started to use items that resembled early tennis racquets.

In Both the Americas, handball is over four thousand years old and dawned in Mexico. Handball players are represented on sculptures, painted pottery items, and wall paintings discovered at archeological sites in many parts of Central American nations. Of the games played by these early civilizations, the one which most closely parallels modern handball is Rebotea a mano con pelota dura (which means “Hardball pelota rebounded with the hand”). This contest was played by the Chichimeca people on courts, typically measuring 20 feet by 40 feet. Many old ruins sites in Central America contain such courts, and together with the abundance of art which depicts the game, indicates that it was an essential part of life for these lovely ancient cultures.

The team handball game of the present era was arranged at the top of the 19th century in Europe: primarily in Germany, Denmark, Sweden, and Norway. The first recorded set of team handball rules was issued in 1906 by the Danish lieutenant, gym teacher, and Olympic medalist Holger Nielsen from Ordrup grammar school, Copenhagen.

The modern set of rules was published on 29 October 1917 by Karl Schelenz, Max Heiser, and Erich Konigh from Germany; this day is seen as the “date of birth” of the sport. The first-ever official handball match was played on 2 December 1917 in Berlin, Germany. After 1919 the rules were amended by Karl Schelenz. The first international games were played under these rules, between Austria and Germany by men in 1925 and between Austria and Germany by women in 1930.