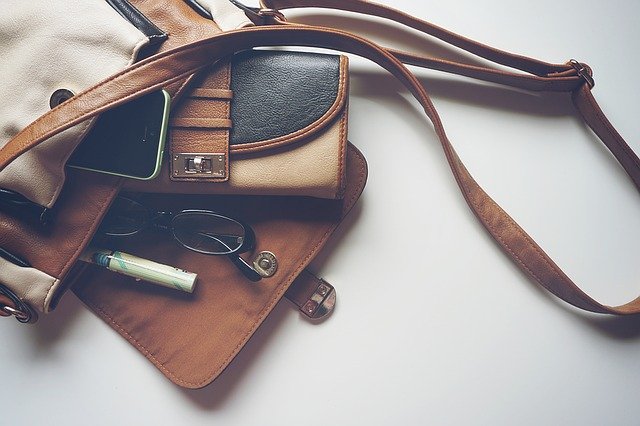 A handbag, commonly known as a purse in North American English, is a handled medium-to-large bag used to move and transport personal items.

Handbags have become an essential part of the fashion industry today. However, did you know that they have a deep history? You might be surprised to learn that handbags’ history dates back to as early as the 10BCE. Today, in most English-speaking nations, handbags are still known as money bags or purses. They have gone through an unbelievable evolution journey to become the fashion hits that they are today. Here, we will take you through the history of handbags so that you can acknowledge your soft daily companion better than before.

The oldest known purse records back more than 5000 years. It was a pouch worn by a man named Ötzi the Iceman. Men once carried coin purses. In Early Modern Europe, when women’s fashions moved in the course of using small ornamental bags, which evolved into handbags, men’s styles moved in another direction. Men’s trousers substituted men’s breeches during the 18th and 19th centuries, and stylists incorporated pockets in the loose, heavy material. This enabled men to continue holding on to their coins, and later paper currency, in small leather wallets. Men’s bags were plentiful in the 19th Century and 20th-century trousers and coats to take possessions, such as knives, matches, and pipes.

In the 17th Century, men’s and women’s clothes didn’t have any compartments or pockets. Therefore, they carried purses to carry coins. At this point, these leather purses were considerably big, and the people who brought them didn’t care a whoop about the style statement that they developed.

However, by the end of the 18th Century, women started to crave compact and stylish handbags at the same time. This gave an astonishing rise to one of the earliest handbags styles ever built – reticules. Velvet and silk were used to produce these reticules that women used to carry attached to their wrist straps. Though France originally created these bags, their reputation spread across many parts of the world by the late 18th Century, making them an essential part of women’s fashion.

Traders introduced handbags’ clutch style during the Industrial Revolution Era in England. This bag’s main purpose was to carry it easily while traveling by train. This time was around the early 1900s.

An exciting style of women’s handbags used during the 16th Century was the Chatelaine handbags. These weren’t recognized as handbags but as accessories that ladies wore at their waist with an expensive waist chain added to the bags. In these bags, ladies used to carry their basic household accessories such as scissors, sewing tools, keys, and the like. The best part of these bags was made from precious and semi-precious stones and worn by the royal or rich women only.

The birth of luxury handbags

In 1914, designers wanted unique and customized handbags for royal ladies to stand unique from the rest of the bags for other passengers who moved by train. This was when the first-ever luxury handbags were created for Doncaster by HJ Cave. These were designed in minimum quantities and had only the elite class as the audience.

By the beginning of the 20th Century, women’s handbags were no more limited to silk, leather, velvet, or precious stones. Thanks to these bags’ popularity, many manufacturers started to make these handbags from cloth, rayon, yarn, raffia, and the like. These handbags were produced in various sizes and shapes to use it as per their convenience. This was the time when the hippie youth culture was in full swing. Today, hundreds of stylish sling bags match the mini-skirts, trousers, and modern attire women started wearing.