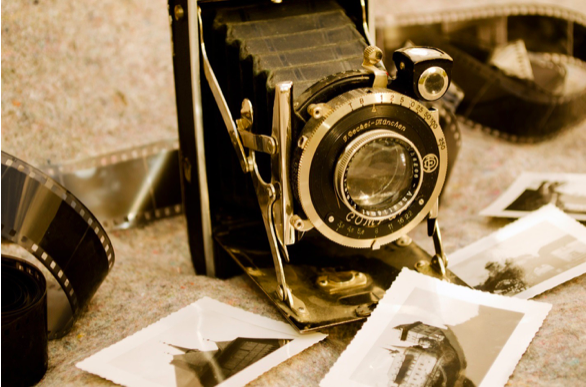 We take it for granted that we can watch films at our convenience. Films remain one of our favorite forms of entertainment. Whether going to the cinema or streaming them online, much of our lives revolve around watching films.

But how did filmmaking get started? Who were the cinema pioneers? What are the filmmaking trends today?

The history of film started over a century ago. But it also continues today. Many filmmakers today are coming up with unique filmmaking techniques.

Film technology continues to evolve. Let’s look at how this incredible art form got started and what the future holds for it.

An American and Two Frenchmen

Hear the name ‘Thomas Edison’ and you’ll immediately think of the lightbulb. But Mr. Edison was also responsible for the creation of the Kinetoscope. This device would rotate still images at such a speed, that it created the illusion of movement.

In 1895, the Lumière Brothers decided to charge audiences to watch “moving pictures.” They created an advanced version of the Kinetoscope — the Cinématographe.

The popularity of these moving pictures led to the creation of a movie camera . This device recorded the illusion of movement.

America became interested in producing motion pictures shortly after the First World War. European motion picture industries dwindled in the aftermath of the war. This lead to a surge of filmmaking in America and the birth of Hollywood.

Hollywood created many great film studios that we still recognize today. These were MGM Studios, Paramount Pictures, 20th Century Fox, and many more.

John Ford made waves in the Western genre with films such as Stagecoach. This film showed John Wayne as the hero. It began the folklore of the Cowboy in the Old West, wanting to fight against injustice.

These characters were anti-heroes who had many flaws. This was a stark comparison to the noble protagonists played by John Wayne.

The early pioneers also included filmmakers such as Alfred Hitchcock. He directed some of the greatest suspense thrillers in cinema history. Billy Wilder made great drama and mystery films. These included The Apartment to Double Indemnity.

This period birthed The French New Wave, British “kitchen-sink” dramas, and Italian neorealism. These films were notably different from major Hollywood productions. They would influence an entire generation of great filmmakers.

In the 1970s, American cinema began surprising audiences. African-American cinema made a great impact in this decade. This is when Blaxploitation cinema came to fruition.

This cinema showed African-Americans in positions of power. This was seldom seen in earlier American cinema. These films made heroes of many African-American actors. These included Fred Williamson, Jim Brown, Ron O’Neal, Richard Roundtree, and Pam Grier.

During this decade, American cinema showed the world some of its greatest achievements. These included films such as The Godfather, Taxi Driver, Network, among many others.

This period brought filmmakers including Francis Ford Coppola, Martin Scorsese, and Peter Bogdonavich. This period was the launch of the New Hollywood .

The filmmakers were misfits who loved classic cinema. Nevertheless, they wanted to change cinematic storytelling forever.

As we enter the third decade of the 2000s, we can see the impact that international filmmakers have made. Indian cinema has brought a new generation of filmmakers and actors.

They have been influenced by World Cinema, and have broken from the conventions of mainstream Indian cinema. Nevertheless, they show audiences authentic Indian stories never seen before.

These filmmakers are not afraid to experiment. In 2020, the Hindi-language film AK VS AK blended fiction and reality in a way not seen in cinema before.

Nawazuddin Siddiqui, Irrfan Khan, and Radhika Apte will influence aspiring actors. They will have the same impact that Robert De Niro, Al Pacino, and Meryl Streep had.

Indian cinema will now hold an influence on global cinema culture. It will surpass the influence that American and European cinema once had. But the major contender is the cinema of Korea.

The 92nd Academy Awards granted the Best Picture award to Parasite. This was a Korean-language film made by eminent director Bong Joon-Ho. The award brought Korean cinema to film buffs and aspiring filmmakers alike.

Korean cinema will continue to influence how films get made. Already, we have seen filmmaker Spike Lee remake Oldboy. Films such as #Alive have shown us how a great film can get made mostly indoors. The film had a fortuitous release during the COVID-19 lockdowns.

Korean cinema also loves to take advantage of emerging film technology. Filmmakers will lookout for the best video creation software and other technology to make their films.

Learn More About the History of Film

The history of film is the most fascinating of all art forms. This article only scratched the surface of cinema’s beginnings. You’ve gained an inkling of what to expect in the future of filmmaking.

The early Hollywood filmmakers showed us how to tell stories about cinema. The later pioneers told us not to be afraid of experimentation.