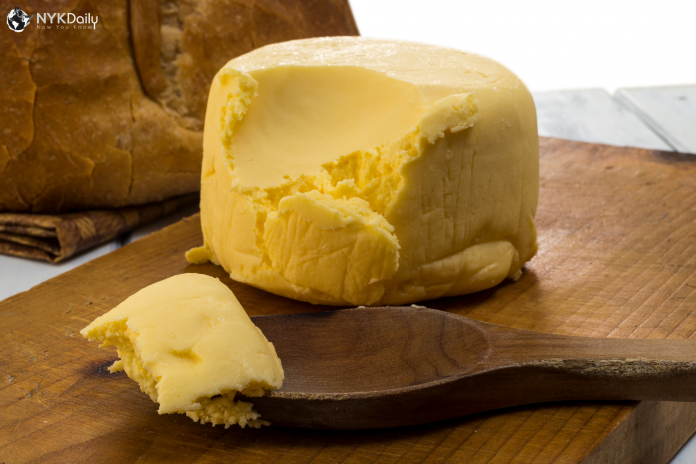 Butter has been with humanity since at least 3,000 years ago when Hindus were giving offerings of ghee to Lord Krishna and the beginning of civilization in the West to provide relief for joint aches or to handle coughs. The Hindus still offer butter today to the deities, even in the Bible, it was mentioned that butter was used as food during celebrations. A good example of this in the scriptures was when the angels visited Abraham and Sarah and they offered them a dish made of milk, meat, and butter. So as you can see, butter has been with us for thousands of years.

The Origins of Butter

It is believed that the background of butter is a much more humble affair. The tales have it that butter was discovered by accident and that the farmer did a tying up of a bag of milk made from sheepskin to the horse and after spending the whole day jostling, he noticed something amazing: solidified milk fat. This is backed by the fact that the oldest-known technique for making butter today is more or less like what was described: the farmers in Syria remove the skin from a goat, tie up the leader, fill it up with milk then commence with the shaking.

Even though some of the most historic records of butter consumption can be traced to Arabia, India, and ancient Rome, it is known that many people in the Mediterranean region have always preferred to make use of oil when they were cooking. As for butter, it was the preferred fat option for the tribes that inhabited northern Europe. These Scandinavian tribes loved butter so much so that a Greek poet by the name of Anaxandrides ridiculed the barbarians of northern Europe as nothing but eaters of butter.

It is also thought that the climate also influenced the culinary choices of the people as it was a lot easier to store butter for longer periods in northern Europe than in the warmer regions of the Mediterranean. However, by the turn of the 12th century, butter had become so widespread all over northern Europe that it sparked a business on its own. It is on record that traders from Scandinavia did a lot of butter exports every year and their economy depended greatly on the greasy substance. Butter was so vital to life among the Norwegians that their king demanded and received one full bucket as annual tax paid to him.

Butter in the Middle Ages

Butter becomes dominant in the diet of many Europeans by the Middle Ages. It had become so well-accepted that even the peasants enjoyed it as a cost-effective source of nutrition while the elite considered it a worthy include to cooked vegetables and meats. But it has to be pointed out that for one month every year, the mainly Christian Europeans did not eat butter as it was forbidden during the period of Lent. The ban remains in place until the 17th century.

For those in northern Europe who did not have access to oils for cooking, it could be hectic when it came to preparing food during the weeks preceding Easter – butter was very important to cooking. This is so much so that the richest typically paid the clergy a remarkable amount so they could consume butter during Lent. The demand for butter was so much that in northwestern France, the famous Tour de Beurre or Butter Tower was built and financed by the tithes paid to church by the butter-craving aristocrats.

In places like Ireland, butter was so important to the economy that the traders opened up a Butter Exchange in the city of York so that the trade could have some regulation. For the French, demand for butter was so much that Emperor Napoleon III announced that he was going greatly award anyone who could come up with a replacement. A French chemist won the award in 1869 when he came up with a mix of beef fat laced with milk. He named it oleomargarine but we now know it today as margarine.

People in America across the Atlantic also enjoyed the fatty spread and remained a staple for the next 300 years, produced by dairy farmers. Americans would consume an incredible 18 pounds of butter per head by the 20th century. Consumption of butter fell with the coming of the Depression and Second World War and the coming of margarine.

Butter has not lost its significance today and it is available worldwide in different flavors and packaging. It still dominates several aspects of food preparation and countries like India, the United States, France, Germany, New Zealand, Ukraine, and Australia produce and/or consume dairy products more than other countries but it is used worldwide.