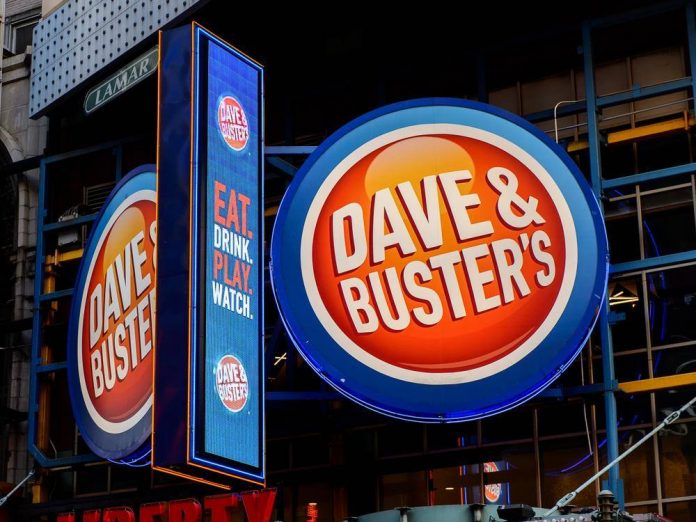 James Chambers, Co-Founder and a Partner at Hill Path Capital, was recently invited to join the Board of Directors of Dave & Buster’s Entertainment (NASDAQ: PLAY), which owns and operates 139 entertainment and dining establishments across the U.S. and Canada.

Mr. Chambers will also serve on the company’s Audit, Finance, and Compensation Committees. With his addition, the Board of Directors will now include 10 Director positions. Eight of these appointments are independent, and two are from within the Dave & Buster’s Entertainment organization.

Hill Path Capital was founded in 2015 as a private equity firm that invests in the debt and equity of public and private companies. James Chambers Co-Founded Hill Path Capital with Scott Ross, the firm’s Managing Partner. Since 2019, Scott Ross has also served as the Chairman of the Board of Directors of SeaWorld Entertainment, Inc. (NYSE: SEAS). James Chambers also is a Member of the SeaWorld Board of Directors.

James Chambers’ appointment to the Dave & Buster’s Entertainment Board of Directors is supported and celebrated by both organizations. “We are pleased to further our support for Dave & Buster’s and continue to partner with the Board and management team to realize the full potential of the Company and its uniquely valuable assets,” said Scott Ross , Co-Founder and Managing Partner of Hill Path Capital and Chairman of the Board of Directors of SeaWorld Entertainment, Inc.

Brian A. Jenkins, CEO of Dave & Buster’s Entertainment, reported that Hill Path Capital has worked extensively with the organization for many years. “James has deep experience with entertainment brands and I am confident that, together with our other Directors, James will help us advance our strategies for growth,” he said.

Dave & Buster’s Entertainment Board Chairman Stephen M. King agreed, noting that Hill Path Capital is one of the organization’s largest and most engaged shareholders. “We are pleased to welcome James as our newest independent Director and look forward to continuing to work together to build long-term value for all of our stakeholders,” he said.

James Chambers has worked for a variety of financial organizations, as well as serving on several Boards over the years. Mr. Chambers graduated from Duke University with a Bachelor’s Degree in Political Science, and a Certificate in Markets and Management. Mr. Chambers was an Analyst in the Consumer Retail Group in the Investment Banking Division at Goldman Sachs & Co. Mr. Chambers became a Principal at Apollo Management, where he was involved in a variety of transactions in several industries.

James Chambers said he is honored by the invitation to be part of the Dave & Buster’s organization.

“Dave & Buster’s is an iconic brand with significant long-term potential,” he said. “We have great respect for Dave & Buster’s Board and management team, and we look forward to working closely with them to drive increased value for all shareholders.”

The first Dave & Buster’s location opened in Dallas, Texas in 1982 in a 40,000-square-foot warehouse. Co-Owner David Corriveau previously operated a saloon and game lounge in Little Rock, Arkansas, next to a bar owned by James “Buster” Corley.

They became friends and decided to combine promotional efforts to create a restaurant that also offered entertainment, with both serving as Co-CEOs. Since then, the organization has expanded to two countries. The company went public in 2008, and had two IPOs to raise additional capital (2012 and 2014).