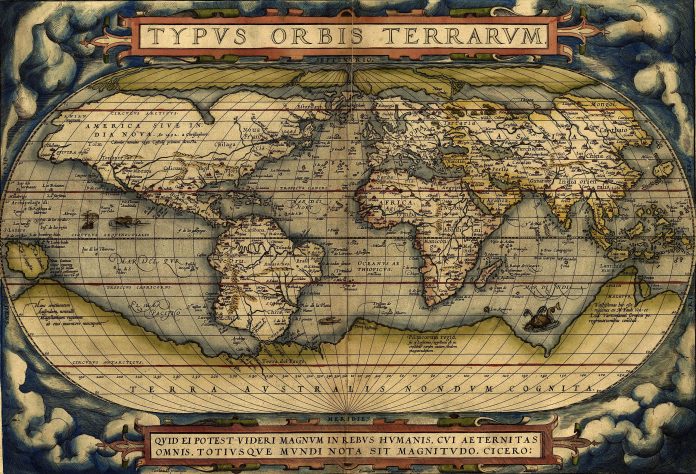 India’s External Affairs Minister S Jaishankar returned to the country last week after a successful visit to Qatar, the seventh such high-level visit from India to West Asia amid the Covid-19 pandemic in the last four months.

Before this, the visit of Indian Army chief General MM Naravane to the United Arab Emirates (UAE) and Saudi Arabia in early December had garnered considerable attention, and was seen as ‘historic’ and ‘a new leaf’ in the India-Gulf countries’ relations.

These visits are manifestation of the growing bonhomie between India and the West Asian countries, founded on constructive and mutually collaborative partnerships.

Some would also surmise that recent frostiness in Pakistan’s relations with the Gulf countries, and the former’s pathological obsession with India further cementing Pakistan’s ‘failed state’ situation, may have something to do with these new developments.

Combined with India’s emergence as one of the key players in the geopolitical landscape in the Indian Ocean Region completes the picture, and indicates the direction in which the winds are blowing.

To provide some context, the prevailing India-Gulf countries’ bonhomie is akin to rubbing salt on Pakistani ego, bruised in March 2019 when India was invited as a guest of honour by the Organisation of Islamic Cooperation (OIC) and a strong speech by then External Affairs Minister Sushma Swaraj to the grouping at Abu Dhabi.

The irony should not escape us that Pakistan, with over seven decades of close ties with the Gulf Cooperation Council (GCC) countries, had moved heaven and earth to stall India’s participation.

The present government in Pakistan has been in power for over two years under the shaky leadership of Imran Khan Niazi. As ties with GCC countries have always been among the most important foreign policy priorities for Pakistan, during his victory speech in August 2018, Niazi boasted that Pakistan would play the ‘role of a healer’ in the Middle East – a statement that would be later proved hollow with his electoral slogan of ‘Naya Pakistan’.

It came as no surprise that his first overseas visit was to Saudi Arabia in the first month of assuming power. Niazi continued his trips to the Gulf States for the next few months and touted the rebooting of relations with ‘key partners’ in the Gulf among his main accomplishments within the first 100 days in power.

The relations were re-set, but in a manner that foregrounded the shifting priorities of the Gulf countries, and Pakistan’s relegation to the bottom of those priorities.

Today, Pakistan’s relations with GCC countries are at a historic ebb. Signing of the Abraham Accord is only one of the many reasons attributable to this. Frankly, given Pakistan’s dismal capabilities in various domains, it features only perfunctorily in the requirements of the Gulf nations.

“Its GDP is still smaller than the Indian state of Maharashtra, where both the UAE and Saudi Arabia have plans of investing in hydrocarbons and related infrastructure,” said a senior officer. Grasping this paradigm change is the key to understanding this epochal geopolitical shift.

The unravelling of Pakistan-GCC relationship began in June 2017 at the time of Saudi-Qatar feud, when Pakistan was point-blank asked to choose between Saudi and Qatar.

Pakistan was left in a quandary. Ever since a series of incidents and diplomatic gaffes by Pakistan, some induced by its anti-India obsession and paranoia and others via its military driven unstable foreign policy, have left it in an irremediable, shame-faced situation in the Gulf.

Rawalpindi-driven scathing criticism of the OIC, headed by Saudi Arabia, for its alleged inability to call a meeting of Foreign Ministers on the ‘Kashmir issue’ coupled with the intention of setting up an alternate Islamic grouping with Malaysia, Turkey, Indonesia and Qatar proved to be the turning point in Pakistan-Saudi relationship.

While Pakistan was diplomatically embarrassed and thereby refrained from attending the Kuala Lumpur Summit in December 2019, the damage was done.

A Case of Faulty Priorities

This year, while the entire world was grappling with the coronavirus, and Indian teams were closely working with Kuwait and the UAE to battle the pandemic, Pakistan was busy spreading malicious anti-India propaganda in the Middle East by using bots and fake Twitter accounts that spewed venom against India’s pluralistic credentials.

This was unequivocally and collectively rejected by many GCC countries, including Kuwait, Qatar, and Oman.

The Pakistani bluff was called out when a fake Pakistani Twitter account ostensibly of a member of Omani royal family peddling anti-India campaign was exposed and shamed.

In yet another embarrassing instance, Pakistani workers were banned from entering he UAE in November 2020. The UAE government has cited matters of national security, law and order.

A closer look at the Pakistani expat population in GCC countries, clearly indicates that Pakistani nationals are not preferred in any country.

“As an example, repeated requests from the Pakistani government have failed to increase the expat population in Qatar – where incidentally 88 per cent of the 27 lakh population is expat. Not surprisingly, of these, nearly 7 lakh are Indians but less than 1.5 lakh are Pakistanis,” said a senior officer in Delhi.

That an ex-PM of Pakistan has admitted on record of handing over US Tomahawk missile to the Chinese — which was reverse engineered in no time — doesn’t instill any confidence in the western partners who export technology to the Gulf states.

It may be noted that a number of serving and retired Pakistani armed forces personnel are employed in militaries of GCC countries who have access to these niche technologies, and despite the best checks and balances, the likelihood of proliferation exists, further casting a doubt on Pakistan’s already poor credentials.

With India-Gulf nations relations reaching a mutually enriching equilibrium, and both sides realising realpolitik’s strong reliance on economics in modern diplomacy designs, Pakistan is left out in the cold with its 70-year-old obsession with Kashmir on one hand, and an uncertain future hinging on a battered economy resulting from corruption and misplaced priorities driven by the military on the other.