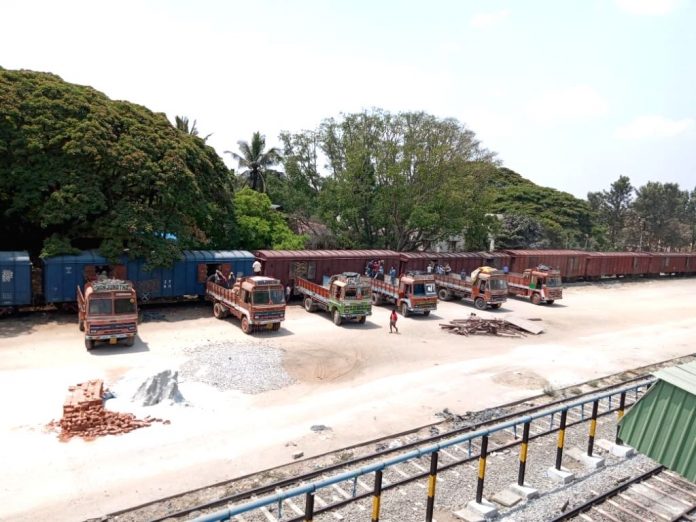 Prime Minister Narendra Modi on Thursday inaugurated the 306-km Rewari-Madar section of the Western Dedicated Freight Corridor section and said the modern freight corridor is a “game changer” for India in the 21st century and it will prove to be a corridor for the rapid development of the country.

Speaking on the occasion, Modi said, “The Dedicated Freight Corridor (DFC) project is being seen as a game changer in the 21st century for India. A big chunk of the project has been dedicated to the nation.”

The Prime Minister said the speed of the goods and freight trains has reached 90 kmh as compared to 25 kmh, which is thrice more than earlier.

Speaking about the double stack freight train which he flagged off, Modi said, “Today from Haryana’s New Ateli and Rajasthan’s New Kishangarh, a new double stack 1.5 km-long goods train has been flagged off. This is a big achievement. India is one of the few countries which has such a facility.”

He also hailed the engineers, labourers, and railway officials for their role. He emphasised that the day is important for the farmers and businessman as this project has brought new hopes and opportunities for them.

“Whether it is the Eastern or Western DFC, this is not only for modern freight trains and advanced freight route, but this is a corridor for the rapid development of the country and it will become the foundation for the new growth centre,” Modi said.

Modi pointed out that the newly-inaugurated EDFC corridor has proved to be the new development centre and has started showing its results.

“Same work will be done by WDFC in Haryana, Rajasthan and Maharashtra. This corridor will prove a milestone for the businesses in Gujarat, Maharashtra, Haryana and Rajasthan,” he said.

The Prime Minister also said that a new pace has been achieved for making the infrastructure of the country modern and advanced.

He said that in the last 10-12 days, through digital transaction Rs 18,000 crore was transferred in over nine crore farmers’ bank accounts, and foundation stone was laid for an AIIMS in Rajkot, Gujarat and for a new IIM in Odisha besides many other works.

“When the beginning of the year is good, then the coming days will be much better. The number of inaugurations and new foundation laying is important because India has done all these during the Covid pandemic. India also approved two Made-in-India Covid vaccines and has brought self confidence,” he said.