‘Cyberattack rate per healthcare organisation up 37% in 2020’

Zoom to roll out ‘automatic closed captioning’ for all free accounts 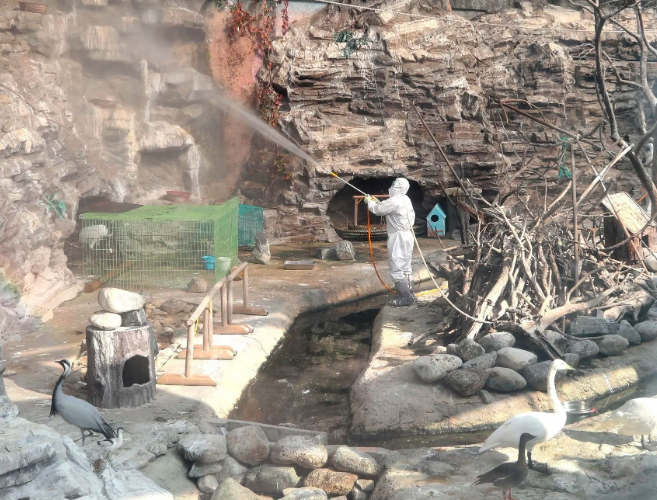 As the bird flu spreads its tentacles in Rajasthan, Madhya Pradesh, Himachal Pradesh and Kerala, experts have raised concerns over why the reasons for bird flu or avian influenza and animal botulism or any other disease infecting the nation’s wildlife in recent years have not been deciphered so far.

Around 20,000 aquatic birds perished in November 2019 in and around Sambhar Lake in Rajasthan. The Rajasthan High Court at that time took suo-motu cognisance and formed a committee to ensure that such a tragedy does not occur again.

“In such a context, the court should ask the central government to set up a panel to decipher the reason behind such cases of bird flu, influenza, botulism or any other disease which is infecting India’s wild birds in recent years. Despite mortality happening in states which is a cause of grave concern to state governments, the reasons behind such infections are not yet known which is a worrying factor,” said environmentalist Harsh Vardhan.

All the experts summarised that it is high time that such diseases in wildlife species are ascertained and diagnosed and the curative aspect taken up.

Many of them also argued that there are few agencies in the country which are capable of diagnosing such diseases. The less said the better about the autopsy which is the only option left to veterinary surgeons.

All samples of dead birds from Rajasthan are being sent to Bhopal for further testing as there are no such labs in the desert state.

The experts hinted that North-South migration can also be subjected to injecting virus in birds causing embarrassment to southern countries.

Most of the migratory birds to India fly North-South in October and go back South-North in March. The mortalities have been noticed on the N-S pathway i.e. reaching India, the experts said.

It is being speculated whether a neighbouring hostile country sprayed birds that bred there and were on the way to reach India. Objective — to cause a virus among other birds and thereby spread it to humans? A tactic of a country to upset another country, not friendly now and its economy being a threat to its neighbour, said a wildlife expert on condition of anonymity.

He added that the Ministry of Environment has the jurisdiction to tackle such issues. However, it has no expertise. It rests on the states’ work. So Ministry of Animal Husbandry is the lone agency to handle such issues but it mostly deals with domestic livestock not directly supervising the wild species. So who is finally responsible for wild species? The Forest Department, which has no wherewithal to deal with such crises, he asked.

A total of 522 birds have died in Rajasthan in the last one week since the outbreak of bird flu, out of which 471 were crows, while others include herons and baya weavers.

Mohanlal Meena, Chief Wildlife Warden, Jaipur said, “Animal Husbandry is mostly responsible in dealing with such issues. However, we are working as joint teams with the Veterinary Department, district administration and Forest Department to contain the infection. Our teams are tracking all such cases without delay and disposing off them with caution,” he added.

Another senior official who monitored the Sambhar crises said, “No lessons have been learnt from the Sambhar tragedy. The reason behind the birds’ death was botulism which happens via poisoned food/meat or by injecting poison. Disposing their bodies was a challenge then and it is a challenge now too when bird flu has hit many parts of the state.”