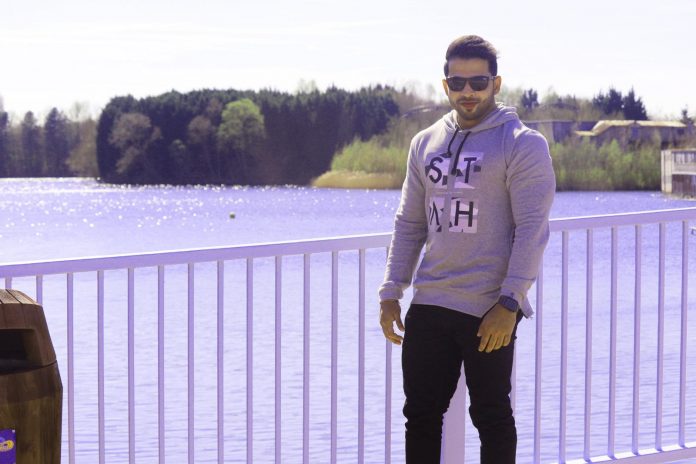 Albert Einstein, the world’s most famous physicist, once said, “I have no special talents. I am only passionately curious.” These words are powerful. They define a way of life, or to accurately state, these words outline the right way to spend a life. A person who lives a life that is driven by passion is the one who has a high chance of finding internal satisfaction, happiness, and joy; something people search for their entire lives.

It is important to realize that in order to find true success, one needs to be truly happy. Being financially stable with the perfect business or a job is something that brings temporary satisfaction. Unless it was something that you had been passionate about, you would not find joy here. To experience pure joy or happiness and feel satisfied with oneself, individuals need to chase their dreams and pursue their passions. Just like the human body needs air to breathe, the soul requires passion and a purpose to breathe. It is like food for the soul.

Dream chasers are people who struggle to live a life that is driven by their desires but are often labeled as ‘restless,’ ‘inconsistent,’ ‘incompetent,’ or ‘aimless.’ The world does not realize that these people are building a life with no regrets. When, after a few years, one looks back and the word ‘if’ never crosses their minds, it depicts true joy and internal satisfaction.

Talking about dream chasers who spend their lives striving to turn their dreams into reality and pursue their passions brings forward a number of real-world examples, but there is one that often passes under the radar

Talking about dream chasers who spend their lives striving to turn their dreams into reality and pursue their passions brings forward a number of real-world examples, but there is one that often passes under the radar – T.M.R.P.K Tennakoon an Aeronautical Engineer at NASA( National Aeronautics and Space Administration ) an IT specialist and  A county-level cricket player of the United Kingdom,  deserves to be brought under the limelight.

Tennakoon’s life story is worth narrating because it serves as a source of inspiration and motivation for the strugglers. People who give up on their passions and dreams just because they are not realistic enough can source inspiration from this story where a boy, who did not have access to even the basic commodities while growing up, also acquired a prominent position in the world’s most prestigious organizations(NASA). Not only this, but he also acquired a prominent position in the UK’s county cricket.

Tennekoon was born in the Sri Lankan city Kurunegala. Growing up in a neighborhood where youngsters were closer to drug addiction, and alcoholism than they were to education was challenging for the young Tennakoon. Despite being surrounded by the darker side of the world, the Sri Lankan boy was able to stay focused and aim for greatness, all because of his brother, Indrajith Tennakoon. His brother pushed him into sports that Tennakoon began to admire deeply. With a powerful motivator such as his brother, the young was determined to make sports and education his life. He Accuried Buddhist education. He was just six years old when he stepped into boxing and cricket. As his city did not have many facilities for cricket, Tennakoon, with the help of his friends and brothers, made a pitch in the paddy fields. Soon, those cricket hours on the paddy fields with his friends turned into a passion, which he pursued even as an adult.

Even though his primary school, DS Senanayake, did not offer any sports facilities, he did not stop working on his game. He enrolled in private lessons to channel his love for cricket in the most productive way. All this, combined with the support from his brother and best friend, helped the young boy represent his city on a national level multiple times. From village cricket with friends to playing county cricket was an achievement in itself. While being active in sports, Tennakoon was also impressed by the world of fitness and modeling. As he wanted to live a life with no regrets, he found it fitting to give bodybuilding and fitness modeling a try as well, all while he was still in high school. Not only did Tennakoon play cricket and boxed at a Country-level but also acquired the experience of working in the world of modeling. He even stepped into bodybuilding. He continued playing cricket and working as a fitness model when he was studying at one of the worlds’ most prestigious institutes, Cambridge University.

In an environment polluted with drugs and alcohol, Tennakoon performed beyond society’s expectations. During this time, Sujan his high school friend (Dharmaraja college – Kandy) was the only person who stood by his side. As a best friend, Sujan motivated Tennakoon to perform at his fullest potential. Due to his exceptional performance, including his athletic accomplishments and academic achievements, he received two presidential medals in school. While he was too much into sports, nobody could tell that he wanted to build a career in the AEROSPACE sector. He wanted to pursue all his passions and did not want to rest until he had done it all.

While playing cricket on a country level, Tennakoon acquired a scholarship at Cambridge University in 2011, a dream for many. Where many students give up on all their passions and hobbies to be a part of this prestigious institute, Tennakoon got a chance to study here while pursuing his passion for cricket. Without compromising on his studies, the passionate and determined Tennakoon played county cricket for Middlesex and Surrey.

This was not it for Tennakoon. On one hand, where he kept on playing cricket; on the other hand, he got appointed as an IT specialist at NASA the world’s most renowned organization, located in the United States of America. From playing cricket on the country level to becoming an IT specialist in a renowned organization, Tennakoon has done it all. He states, “Your mind is a powerful entity ,change your mind and it will change your life.” His life is, indeed, a source of inspiration for all those who believe one life is not enough to pursue what one loves. Contributing to a Strengthening the Society

Contributing to a Strengthening the Society

Now that he has built a dream life for himself, he wants to help all others fight the challenges in their life. Every year, about eight million children are lost. They are either consumed by the corrupt world or just lose their way home. Tennakoon wants to address this issue and contribute to making this world a better place. He has collaborated with several organizations and aims to build a non-profit platform to help complete families by finding the lost children. As he himself has experienced the worst living conditions and grew up without much support from his parents, he does not wish the same for all other children.

To feel internal satisfaction, all one needs is to be passionately curious. A lesson Tennakoon learned from Albert Einstien. Is life too short to chase dreams and pursue passions? Tell that to T.M.R.P.K Tennakoon!