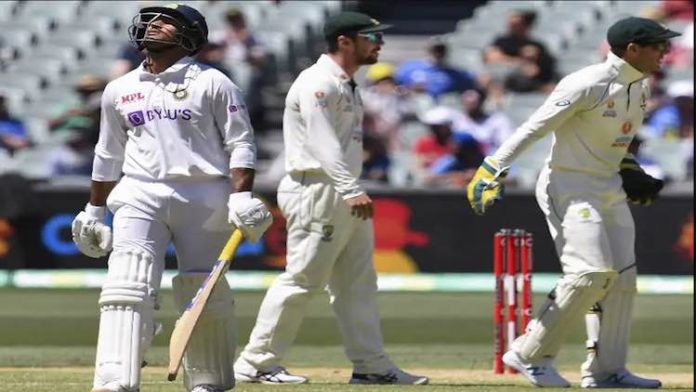 Cricket Australia (CA) has confirmed that they have launched an investigation into the crowd incident that took place on Day Four of the ongoing third Test between India and Australia at the Sydney Cricket Ground.

Play was halted for several minutes on Sunday afternoon after the Indian team made a complaint regarding abuse from a section of the crowd in the Brewongle Stand concourse. At least six members of the crowd were then removed from the stands by the New South Wales Police.

“Cricket Australia has launched an investigation in parallel with NSW Police into a crowd incident at the Sydney Cricket Ground on Sunday at the conclusion of the 86th over of Australia’s second innings,” said the Australian cricket board in an official statement.

Sunday’s incident followed alleged racial abuse of Indian players — Jasprit Bumrah and Mohammed Siraj — by a section of the SCG crowd, the complaint of which was officially made by the Indian team on Saturday.

“The abuse of cricketers by crowd members is not acceptable. We thank the Indian team for their vigilance in reporting today’s incident, which we are now in the process of investigating. A number of spectators were interviewed by NSW Police and subsequently removed from the SCG on Sunday afternoon. While we await the outcome of the investigation by NSW Police, CA has launched its own inquiry into the matter,” said Sean Carroll, CA’s head of integrity and security.

“It is most regrettable that an otherwise excellent Test match contested in tremendous spirit by two friendly rivals has been tarnished by the actions of a small number of spectators over the past two days. As hosts, we once again apologise to the Indian team,” he added.

Cricket Australia (CA) on Sunday apologised to Team India and said that they are awaiting the outcome of the International Cricket Council’s investigation into the alleged racial abuse of members of the visiting team by a section of the crowd at the Sydney Cricket Ground (SCG).

The Indian team had raised complaints of racial abuse from the crowd at the end of the third day in the ongoing third Test against Australia. The abuse had been directed towards the likes of Mohammad Siraj and Jasprit Bumrah.

On Sunday as well, Siraj raised concerns on the fourth day when play was stopped for a brief in the second session while as the umpires and security officials combined to take action, and removed at least six members of the crowd at the SCG.

“Cricket Australia condemns in the strongest terms possible all discriminatory behaviour. If you engage in racist abuse, you are not welcome in Australian cricket,” said Carroll, Cricket Australia’s Head of Integrity and Security in an official statement.

“CA is awaiting the outcome of the International Cricket Council’s investigation into the matter reported at the SCG on Saturday. Once those responsible are identified, CA will take the strongest measures possible under our Anti-Harassment Code, including lengthy bans, further sanctions and referral to NSW Police. As series hosts, we unreservedly apologise to our friends in the Indian cricket team and assure them we will prosecute the matter to its fullest extent,” he added.

“At the SCG, we pride ourselves on welcoming anyone and everyone in a safe and inclusive environment. We are taking this extremely seriously. If those involved are identified, they will be banned from the SCG and all Venues NSW properties under our act,” said Mather.

Meanwhile, Australia declared their second innings at 312/6, thus setting a 407-run target for the Indian team.