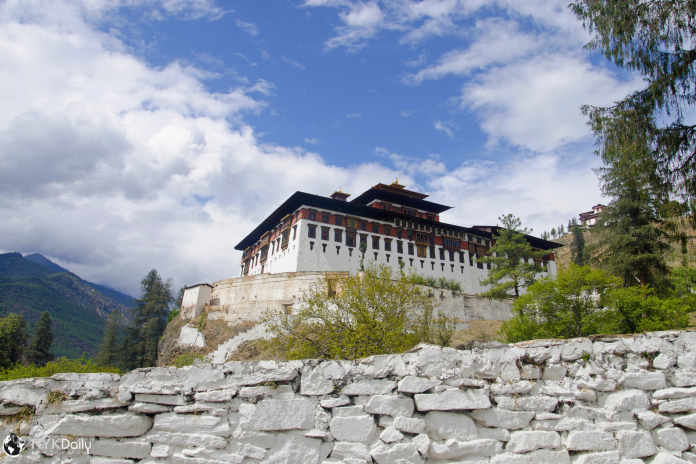 They are the Buddhist Kung Fu nuns of Drukpa lineage, known globally for trekking across the Himalayas to clean trash, paddling through mountain rivers to break centuries-old taboos to educate others on women’s health, and adopting martial arts as a way to champion gender equality.

They use their skills to teach self-defence to young girls, educate others on human trafficking, and take environmental action never seen before in the region.

These fiercely kind Drukpa nuns — aged 9 to 60 years — have been changing the lives of thousands of women in the Himalayas. Now, they are one of three finalists for the world-renowned Vaclav Havel Human Rights Prize based in Europe, an honour for outstanding civil service in the defence of human rights.

The maroon-robed nuns are from India and train at the Kathmandu-based Druk Amitabha Mountain Nunnery, established by His Holiness the 12th Gyalwang Drukpa, the spiritual head of the 1,000-year-old Drukpa Order based in the Himalayas, as warriors for peace.

The Druk Amitabha Mountain Nunnery, located in the hills overlooking Kathmandu in Nepal and the largest in the Himalayas, is a unique instance of gender reversal where the nuns run the administration and perform nearly all the maintenance tasks, including construction work, a job historically reserved for the monks.

The nuns, waking up at 3 a.m., except Sundays, practice intensive meditation, perform complex spiritual rituals with ceremonial instruments and dance, and train in martial arts to empower a new generation of young women, besides evolving a connect between climate-related disasters and climate mitigation.

Elated over their selection as a finalist by a panel chaired by the Parliamentary Assembly of the Council of Europe President Rik Daems, nun Jigme Konchok Lhamo said from the Druk Amitabha Mountain Nunnery that this is a great feat for a group of nuns.

“When I was just 12, I was deeply inspired by His Holiness the Gyalwang Drukpa who said that women can do anything by setting an example of empowerment for all,” said Jigme Konchok Lhamo, 25, who has been part of the nunnery for 13 years and rarely visits her family in the Buddhist-dominated Lahaul-Spiti district of Himachal Pradesh.

Jigme is a first name of all the nuns of the Drukpa lineage, which means fearless.

The Kung Fu nuns, who receive a modern education in addition to their traditional spiritual training, are now gaining worldwide recognition.

In 2019, the Kung Fu nuns were awarded the prestigious Asia Society’s Game Changers Award in New York for inspiring and applying their unique talent to make the world a better place.

They have also recently received the Atlantic Council’s Unsung Heroes honour in Washington D.C. for their courageous work in gender equality, environmentalism and humanitarian aid.

The Kung Fu nuns have devoted their lives to helping their community — advocating for girls, protecting the environment, and serving as first responders during disasters like the 2015 Nepal earthquake by carrying vital aid on their backs.

After surviving the deadly 7.9-magnitude earthquake, the nuns famously refused evacuation to help remote villagers who had no other access to help and aid.

Another nun, Jigme Migyur Palmo, said they believe in awakening the power every woman has in her.

“May more women and girls realize that power is ours and it’s not something given by others,” Palmo said.

Just 13 years old and extremely shy when she left her home in Ladakh, Jigme Migyur Palmo is now “fearless” with Jigme in front of her name, and is joined by other nuns in intensive athletic training to build confidence and strength, in learning about climate change, and even participating in events like United Nations climate change conferences.

The Drukpa Order of Buddhism that originates from the Himalayas has built a strong history of community action and citizen empowerment for many years.

The spiritual leader, His Holiness the Gyalwang Drukpa, has spent much of his life breaking down outdated patriarchal practices that exclude women.

His Holiness was honoured by the United Nations with the Millennium Development Goals Award in September 2010 for promoting environmental education and gender equality.

As the on-ground partners of ‘Live to Love’, the Kung Fu Nuns spearhead many ongoing projects, including disaster relief and teaching young girls to defend themselves against violence.

Most recently, they have helped mitigate the impact of COVID-19 in India and Nepal, providing neglected villages with critical food by harvesting their own vegetables, supplies, and also imparting hygiene education. They have also begun ground breaking education on women’s menstruation and distributing sanitary products in regions where women are often punished for discussing health.