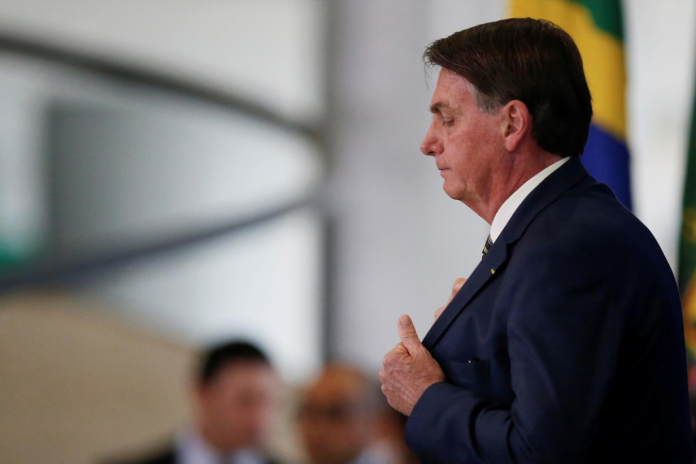 Let down by the Chinese vaccine candidates which have run into a major credibility crisis, Brazil has now turned to India to secure consignments of the more reliable AstraZeneca-Oxford vaccine made by the Pune-based Serum Institute of India.

Brazil made a diplomatic push on Monday to guarantee an Indian-made shipment of British drugmaker AstraZeneca’s COVID-19 vaccine, according to a Reuters report from Brasilia.

At the same time Brazil’s private clinics have struck a preliminary deal for an alternative injection made by India’s Bharat Biotech despite a lack of public results from late-stage trials, the report said.

The Chinese connection appears to have proved costly for Brazil, a country which had once proved itself as a huge success in mass immunization in the developing world. It has now fallen behind its other countries and has come in for severe criticism of its slow response and a death toll approaching 200,000, second only to the United States.

Plans by Brazil’s Fiocruz Institute to import AstraZeneca’s vaccine in bulk, filling and finishing doses locally, would only have 1 million doses ready by the second week of February, Reuters cited the head of the government-funded biomedical centre as saying.

However, the chief executive of the Serum Institute of India told Reuters on Sunday that he expected India’s government to restrict export of COVID-19 vaccines.

That raised red flags in Brasilia, where health regulator Anvisa had granted approval on New Year’s Eve to import 2 million doses of the AstraZeneca vaccine from India. Two people familiar with the matter said diplomats were working to confirm the shipment would not be affected by any export ban. Fiocruz confirmed that Brazil’s Foreign Ministry was leading the talks.

Brazil’s government is optimistic that it will be able to import the vaccines from India and any hurdles will be resolved diplomatically, a Brazilian official with knowledge of the matter said.

Separately, an association of private Brazilian clinics announced plans to buy 5 million doses of a vaccine developed by Indian company Bharat Biotech, a day after India’s health regulator gave it emergency use approval.

Bharat Biotech has not yet applied for approval by Brazil’s health regulator Anvisa for its Covaxin vaccine, and the agency said it would have to undergo Phase III trials in the country.

Geraldo Barbosa, head of the Brazilian Association of Vaccine Clinics (ABCVAC), who will lead a delegation to India departing on Monday, said a memorandum of understanding has already been signed with Bharat Biotech.

“This should be the first vaccine available on the private market in Brazil,” he said, adding that the Covaxin doses should arrive in Brazil in mid-March, to be sold by private clinics after regulators there approve the vaccine.

Brazil has turned to India at a time when serious doubts have arisen over the trials it has been carrying out with the Chinese Covid-19 vaccine candidates. The entire process is being questioned due to the concealment of test data.

In sharp contrast to the western countries and India where data about the efficacy and safety of vaccine candidates have been continuously made available, Chinese companies have chosen not to release such data.

Brazilian researchers said last week the COVID-19 vaccine developed by China’s Sinovac Biotech is more than 50% effective based on trial data, but again withheld full results as the Chinese company had directed them not to release the data. This is the third time that the details of the results have been delayed which has gone to further prove that Chinese vaccine makers lack transparency. Brazil is the first country to complete a late-stage trial of the Chinese vaccine candidate.

A survey by polling institute Datafolha earlier in the month showed that 50 per cent of Brazilians are not willing to take the Sinovac shot, the highest refusal rate among all vaccines. Some 36 per cent of respondents said they would also reject a Russian vaccine, while 23 per cent said they would not go for the US vaccine.

Interestingly, the national immunisation plan presented by Brazil’s Health Ministry to the country’s Supreme Court included a total of 300 million doses from AstraZeneca, Pfizer and Covax but the Chinese vaccine was not mentioned, according to the O Estado de S. Paulo newspaper.