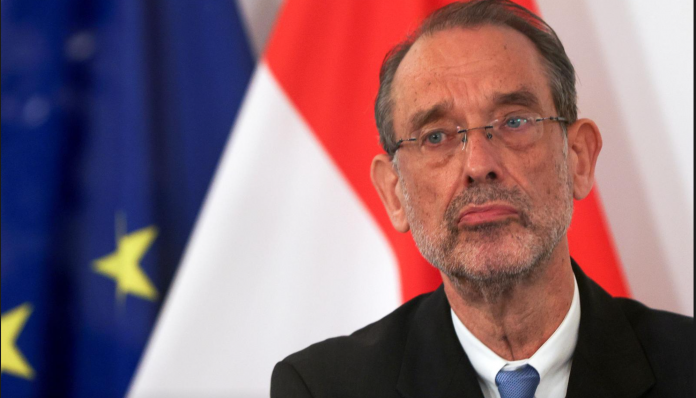 Austrian schools will receive 5 million coronavirus testing kits from Jan. 18, the government said on Saturday, as part of efforts to curb the spread of the virus when pupils eventually return to the classroom.

Education Minister Heinz Fassmann announced the delivery of the voluntary tests which pupils and teachers will be able to take at least once a week.

“Testing is the right answer to bridge the difficult months until the vaccine coverage is complete,” Fassmann said.

Austria has ordered most of its schools to move to remote learning for pupils from Jan. 7 to Jan. 15. It is unclear when schools will reopen, Fassmann said, although he hoped this would be as soon as possible.

Parents of younger children will be asked to test their children at home, while older pupils will be able to test themselves at school.

“There will be parents who refuse,” Fassmann told a press conference. “But overall this is an opportunity not only to open up the schools, but also to keep them open.”

The tests require a swab only to be inserted into the front area of the nasal cavity and do not require a throat swab, making them easier to perform.

The results will be visible within 15 minutes, making them suitable for quickly identifying people who are highly infectious. People who test positive have to notify the authorities for further testing.

The government said the sensitivity of nasal tests is comparable to the conventional throat swab tests, citing separate studies by the Charite hospital in Berlin and the Austrian Agency for Health and Food Safety.

Teachers are due to get vaccines from late February, although there is no mandatory requirement for them to be vaccinated.

Austria, a country of 8.9 million people, is in its third lockdown, with only essential shops open. The country has reported 379,071 coronavirus cases and 6,687 COVID-19 linked deaths since the pandemic began last year.