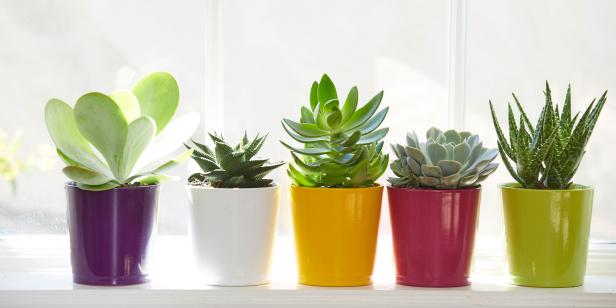 Succulent is it amusing word, we’re not going to debate that. But, what exactly is a succulent plant? Why do many people prefer them over deciduous, or perennial plants in their homes, or their gardens? Exactly where can succulent plants grow in natural soil, exposed to the elements? We tend to associate specific types of plants with specific regions of the world, or specific cultures or climates. This is why seeing things like palm trees in Vancouver, dusted in snow and framing a frozen beach, are rather odd sites to us, despite the fact that they are more than possible to achieve.

Let’s talk a little bit about succulents, how you might by succulents online, and where they are most appropriate for use. You’re talking to someone whose father was a landscape designer, so I actually have been no more about this than I probably should!

What exactly are succulent plants?

Succulent plants are a variety of plants mostly evolved for dry, low-precipitation climates, such as deserts, grasslands and other hot climates. They are often characterized by their thick skins, limbs, leaves or branches of a significant girth, and their lack of traditional flowers or leaves. The most commonly-known subset of succulents are, of course, cacti. Like most succulents, cacti tend to be filled with a rather moist, spongy or gelatinous interior, capable of retaining moisture against a rather dry climate.

Other plants, commonly known to people, that fit into this subset of plants are things like aloe, Joshua trees and so forth. They tend to have a somewhat exotic appearance, looking like plants, but plants designed by somebody who only heard a vague description of what a play should look like, and use their imagination to fill in the blanks. This gives them an interesting appearance, which adds to their appeal as far as aesthetics go.

I mentioned that most of them the will have the traditional notion of flowers, with several varieties of cacti do actually produce flowers and even fruits, famously, the night-blooming cactus and the prickly pear being among them.

What are their advantages?

Succulents require very minimal watering, and tend to have a significantly longer lifespan than many perennial, deciduous or other subsets of plants. They grow very slowly, and change very slowly. It’s not that uncommon to find potted cacti, aloe, or other succulents which are several hundred years old, having been tended by multiple generations of a family. As a matter of fact, the cactus in my kitchen is 150 years old, having initially been transplanted from the Arizona desert by a an ancestor of mine. This sounds interesting and unique, but it’s not that uncommon with people who actually take care of them. So, their big appeal is really their minimal maintenance, long life span, and very unique appearance.

Where can succulents grow?

The succulent market is rather active in most parts of the world, with these plants actually be a will to grow in a surprising number of climates you wouldn’t expect. They are mostly suited for dry, arid and harsh climates, but can grow in temperate, maritime, tropical and even some sub-Arctic climates, with the proper care. They require a lot of sun, so you need to plant them according to this, and they don’t really like sharing soil with deciduous plants like ferns, bushes with meals, pine trees or the like.

However, just because it snows, this doesn’t mean that you can’t grow succulents and your flower beds and landscaping. However, if you have significant temperatures below 17°F, you may see your plants suffering during those periods of time. They can, however, stand up against frost and traditional, brief periods of freezing temperatures, and even snowfall, sleet or freezing rain. They are not native to these sorts of climates, but they will grow there with the proper care!

Should I buy succulents online?

The thing is, if you go to a home improvement store, florists or other places that sell a lot of plants, you’ll find a somewhat interesting variety of succulents on the shelves. The problem, though, is that they don’t take care of them as much as they should, so you’re going to be buying sickly plants, even if they look healthy. The other problem, unsurprisingly, is at the variety is somewhat limited. There are a wide variety of succulents out there, with vastly, differentiated designs, colors and general appearances, so you really ought to look at online markets, if you’re really interested in including succulents in your home decor, or in your landscape design. If you take care of them, make sure they get lots of sun, and don’t have literal Arctic temperatures for more than a month at a time, they are easy to grow, and add an interesting, varied appearance to your landscaping, or the decoration in your home. Make sure they get lots of sunlight, I cannot emphasize this enough!