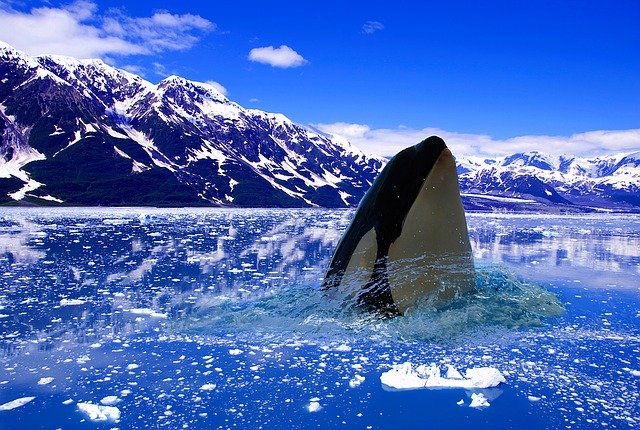 The tragic history of whaling drove many species to the brink of extinction, even in the south and north poles’ remote waters. Humans have killed over 1.3 million whales in just 70 years around Antarctica alone. The range of this modern harvest totally decimated many large whales population globally. But nearly four decades after commercial whaling ended (at least legally), we’re ultimately seeing signs that some of the most heavily-targeted species are healing.

In recent research, scientists announced that blue whales, once valued by whalers for their gargantuan size, are growing in number in the waters encompassing the sub-Antarctic island of South Georgia, with 41 new individuals recorded over the past nine years. South Georgia saw around 3,000 blue whales slaughtered each year at the hunt’s peak in the early 20th century. The waters encircling the island are abundant in the krill these whales eat, and experts believe their return heralds a “rediscovery” of this oceanic larder by newer generations.

Related signs of recovery have been recorded for humpback whales around the Antarctic Peninsula. In the far north, west Arctic bowhead whales seem to be nearing numbers last seen in pre-whaling days, while minke and fin whales are now constantly seen in the Chukchi Sea near Alaska.

With the whaling commerce gone, polar seas are amongst the best places for these giants to re-establish their settlements. Their home here is still comparatively pristine and, for the moment, contains relatively stable food supplies. The Arctic still hosts food-related harvests by indigenous populations, though these hunts are carefully regulated.

1984 discontinuing of commercial whaling stopped the extinction of large whales in polar waters. Still, it cannot defend them from the new pressures which will appear as global warming reshapes these zones. So what do these accelerated changes mean for the still-fragile rehabilitation of polar whale species?

Over the next few years, whales at the poles will face many new stress sources, from warmer waters intruding their food supply to pollution and industrial fishing. With less sea ice and more extended ice-free periods in the summertime, easier access to the Southern and Arctic oceans and their resources tempt many industries to establish or expand themselves in these remote waters. Vessel traffic, mostly in the Arctic, is increasing, and whales are among the most exposed to the booming noise and the potentially lethal collision threat.

Whaling has ended, and it has delivered optimistic hopes to the once nearly-extinct whales population. However, global warming is a threat that must be tackled before it is too late.