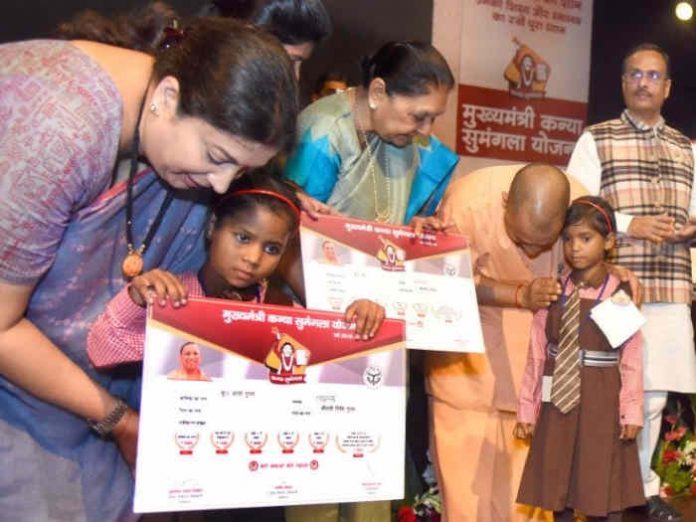 Under the scheme, Rs 15,000 each is given to families on the birth of a girl child to enable parents take care of her health, education and other needs. The money is released in installments at the time of birth, vaccinations, admissions to Classes 1, 5, 9 and graduation.

The state government has reached out to schools and colleges in all 75 districts to directly connect eligible girls to this flagship scheme of the Uttar Pradesh government, which was launched by Chief Minister Yogi Adityanath in October 2019.

Women Welfare Department Deputy Director Ashutosh Kumar Singh said that Rs 2,000 and Rs 1,000 are given at the time of birth and vaccinations respectively, followed by another Rs 2,000 at the time of admissions in Classes 1 and 6.

Department Director Manoj Kumar Rai said that the scheme not only helps in curbing female foeticide and child marriage, but also ensures education for the girl child.

Nagaland to prepare register to protect indigenous people, their traditions