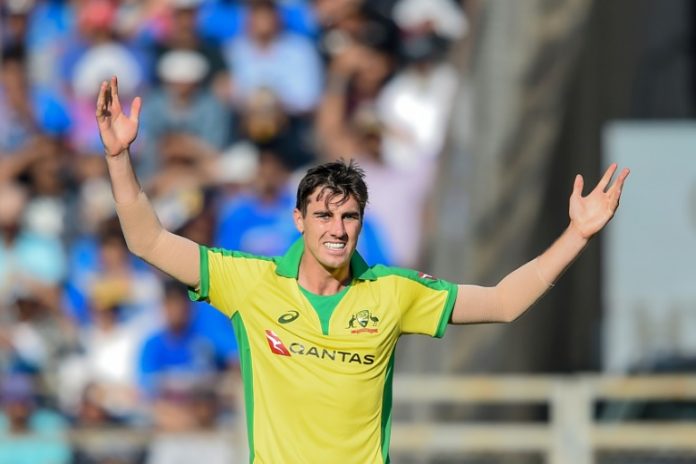 Australia took charge of the third Test on the third day at the Sydney Cricket Ground as they first secured a 94-run lead in the first innings by bowling out India for 244 runs and then going to stumps at 103/2 to stretch their overall lead to 197 runs.

Steve Smith was unbeaten on 29 while Marnus Labuschagne was 47 not out at the draw of stumps.

The Indian team, which witnessed Rishabh Pant and Ravindra Jadeja not take field in Australia’s second innings due to injury, had earlier folded for 244 in their first innings.

Resuming at 96 for two, the Indians lost their last eight wickets for 148 runs in the first two sessions as the Aussies bowled extremely accurately on a placid surface.

Pace bowler Pat Cummins was the wrecker-in-chief taking four for 29.

India though had lost just two wickets in the first session and managed to score 84 runs in that pre-lunch period as Cheteshwar Pujara (50) and Pant (36) looked to resurrect the innings following the early loss of skipper Ajinkya Rahane (22) and Hanuma Vihari (4).

But post-lunch, they succumbed to the new ball as the Aussie pace duo Josh Hazlewood and Cummins kept an immaculate line and length.

Cummins was the first to get under India’s skin as he hit Pant on his elbow. The left-handed wicketkeeper-batsman seemed to have got rattled after that and went for an expansive drive off Hazlewood only to edge it to first slip.

Pujara was the next to fall, in the next over, as he nicked a back-of-the-length delivery from Cummins to wicketkeeper Tim Paine.

That opened up the tail. R. Ashwin and Navdeep Saini followed soon after and so did Jasprit Bumrah.

The last wicket between Ravindra Jadeja (28 not out) and Mohammed Siraj added 28 runs with Jadeja doing bulk of the scoring. Jadeja was hit on his left thumb from a Mitchell Starc delivery.

As many as three batsmen were run out — Vihari, Ashwin and Bumrah.