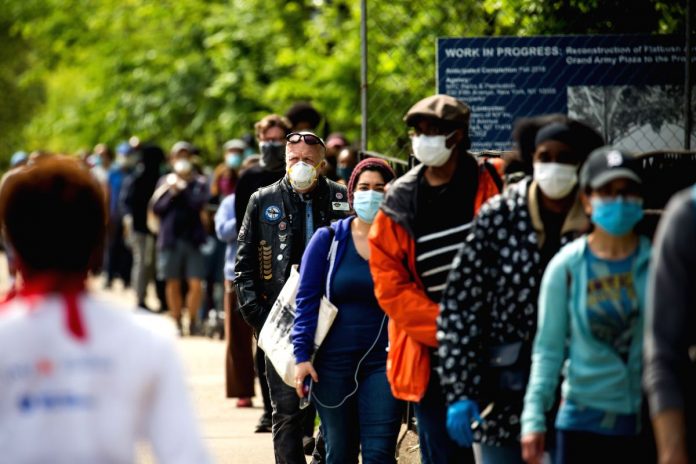 “The decline in payroll employment reflects the recent increase in coronavirus (COVID-19) cases and efforts to contain the pandemic,” the Labour Department’s Bureau of Labour Statistics (BLS) said in its monthly employment report.

The BLS report noted that employment in leisure and hospitality declined by 498,000, with three-quarters of the decrease in food services and drinking places, by 372,000.

Since February 2020, employment in leisure and hospitality has been down by 3.9 million, or 23.2 per cent.

Employment in private education, meanwhile, decreased by 63,000 in December, the report showed, noting that employment in the industry has fallen by 450,000 since February.

In December, job losses in leisure and hospitality and in private education were partially offset by gains in professional and business services, retail trade, and construction, according to the Bureau’s report.

The latest data showed that the number of unemployed in December remained unchanged at 10.7 million, which is about 5 million higher than pre-pandemic level in February 2020.

The unemployment rate, which has been trending down over the past seven months, remained unchanged at 6.7 per cent in December, the report showed, indicating the disruption to the labour market recovery.

The Services Purchasing Managers’ Index (PMI) registered 57.2 per cent in December, 1.3 percentage point higher than the November reading, according to the latest Services ISM Report on Business.

The employment index, however, fell by 3.3 percentage points to 48.2 per cent, marking the first contraction after three consecutive months of growth.