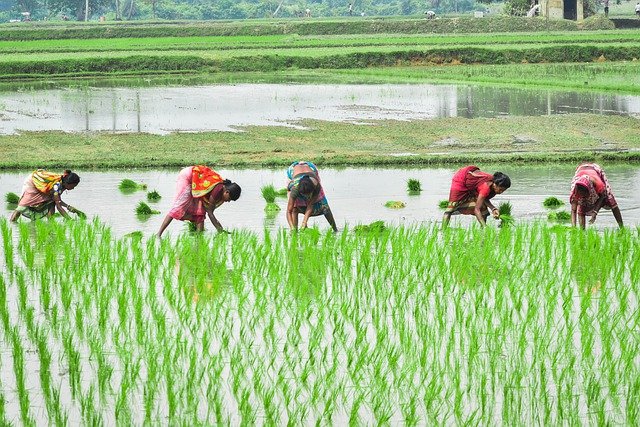 From ancient times, India was an agrarian society, and most of it’s economy was driven by agriculture and allied activities. Indians are incredibly proud of their inherited heritage and openly claim, “Agriculture is our culture.”

But foreign rule has left some deep scars on Indian society, and the colonial influenced mindset of Indian rulers has made the situation worse.

Every Government at the center or state has promised the Farmers and rural population better amenities and infrastructure, but most of the time, the governments gave away freebies to retain the power. Even the current NDA government has promised to double the farmers’ income in their election manifesto and to keep their promise, they brought in three major laws.

As the New Law was presented in the Cabinet, Harsimrat Kaur Badal resigned from the Ministry, claiming the move as anti-farmer. The Congress government in Punjab had passed a resolution in the Vidhan Sabha against the ordinances and irked the Opposition SAD in Punjab.

On 27 September 2020, President gave his assent to the three ‘Agriculture Bills’ earlier passed by the Indian Parliament. The most discussed Farm laws theses days are as follows:

Farmers (Empowerment and Protection) Agreement on Price Assurance and Farm Services Act, 2020, creates a national framework for contract farming through an agreement between a farmer and a buyer before producing any farm produces.

The act provides for a three-level dispute settlement mechanism

In his recent MANN KI BHAAT show, the prime minister stressed on this issue and said a farmer from Maharashtra won the case against the buyer, and this shows the Government is committed to the welfare of the Farming community.

the act stands for “ONE NATION ONE MARKET”; therefore, the federal nature in this regard gets diluted. The significant aspects of the act are as follows :

This act brings an “outside trade area” like farm gates, factory premises, warehouses, silos, and cold storage. Earlier, agricultural trade could be conducted only in the APMC yards/ Mandis.

It will also facilitate lucrative prices for the farmers through competitive alternative trading channels to promote barrier-free inter-state and intra-state trade of agriculture goods.

The act also permits the electronic trading of farmers’ produce in the specified trade area. It will facilitate direct and online buying and selling of such products through electronic devices and the internet.

The act prohibits state governments from levying any market fee or cess on farmers, traders, and electronic trading platforms for trading farmers’ produce in an ‘outside trade area’.

And finally, the third act is to ensure the delivery of certain commodities or products, the supply of which, if obstructed due to hoarding or black-marketing, would affect the people’s normal lives. This includes foodstuff, drugs, and fuel (petroleum products). This act is merely an amendment of the Essential commodities act,1955

With the amendment in the act, India’s Government will list certain commodities as essential to regulate their supply and prices only in cases of war, famine, extraordinary price rises, or natural calamities. The commodities that have been deregulated are food items, including cereals, pulses, potato, onion, edible oilseeds, and oils.

The increase will be calculated over the price prevailing immediately preceding twelve months or the average retail price of the last five years, whichever is lower.

The Farmers fear that MSP will be ruled out, and this leads to the exploitation of Farmers. The State Government is bound to lose the revenue that it has been getting while Trading in APMC mandi and yards.

It is undoubtedly affecting the Federal spirit as it becomes the core aspect of Constitutional Politics. The protests are seen in Parts of Punjab and Haryana and extending to the Marathwada region today. Farmers took to the national capital asking to revoke the three major laws that could potentially change farmers’ standards but at the same time hurts the lobby of Middlemen.

Unfortunately, this issue has been raised by Pro Khalistan Canadian Prime Minister Trudeau extending his support to the protesting farmers.

“We have seen some ill-informed comments by Canadian leaders relating to farmers in India. Such comments are unwarranted, especially when pertaining to the internal affairs of a democratic country,” ministry of external affairs official spokesperson Anurag Srivastava said. “It is also best that diplomatic conversations are not misrepresented for political purposes.”

The Farmers of Punjab and only a few sections are protesting while others observe the happenings in silence. Any push disturbing Status-quo draws flack usually. Keeping conspiracies and politics aside, Liberalising Agriculture and exposing Farmers to the global needs and market will undoubtedly increase Farmers’ standards, and this will low down the chances of Governments capitalizing on Farm issues in every elections.

Even the staunch Communist Nation Cuba chose to privatize its agrarian sector to combat the current crisis.

However, there is a section of lobby trying to halt the developments and acting as barriers. It is the responsibility of the Government to talk to farmers and clear the indifferences on various issues subjecting to Farming communities rather than taking some ill advice from foreigners.