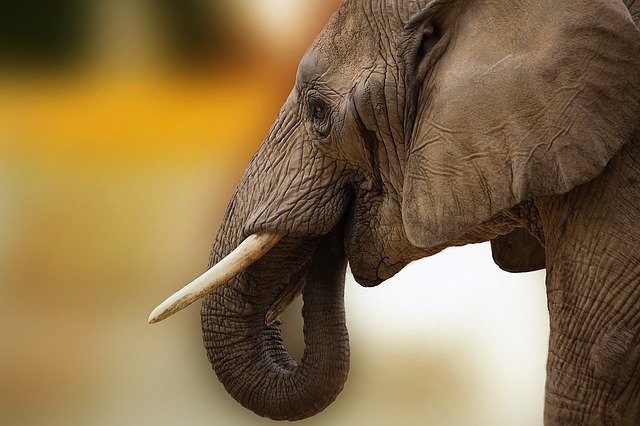 Whenever anyone sees the striking photos of majestic elephants or even face to face with these massive creatures, one of the first things you will notice are the long, white, and curved tusks on both sides of the trunks. It is called ivory, the same material that it is made up of, and it is not just beautiful on the elephants but also needed for survival. That said, what is ivory?

Ivory tusks are huge teeth that extend far beyond the mouths of these hefty beasts. Just like the teeth of humans and several other mammals, the tusks are deeply-rooted. A good chunk of the tusk is composed of dentine, a hard, resilient, bony, and dense tissue. The entire tusk itself is enclosed in the enamel, which is the hardest of all animal tissues. It is also the part of the tusk that handles much of the wear and tear over time.

The chemical composition of the mammals’ tusks and teeth remain the same, no matter the species of the animal studied. The commerce and trade in tusks and teeth from non-elephant animals are known and dominant in many nations. Hence, ivory can be described adequately as any tusks or teeth of mammalian origin that are commercially viable. Such has to be big enough to be carved into different items, which can then be sold or used for other purposes.

Ivory has been valued centuries ago, especially in the manufacturing and art fields. This explains ivory’s use in the production of several items like piano keys, false teeth, fans, ivory carvings, and dominoes. Ivory from elephants is the most well-known, but ivory can also be sourced from other animals. These include sperm whales, killer whales, walruses, hippopotamuses, warthogs, narwhals, and even extinct mammoths.

Why Elephants Have Ivory Tusks

Evolutionary biology has shown that the tusks of elephants came from teeth, which confers some advantages on the animals themselves. Ivory tusks are used for many things by the elephants. The tusks are used to gather food, remove bark from trees that serve as food, carry objects, to dig off the soil, and defensive acts. The tusk also offers protection for the trunk, which itself is very important for breathing, drinking, eating, and so many other purposes.

We have established the importance of ivory on the elephants and why they should remain on the animals. However, this is not the case in the modern world because of the local and global trade in ivory that has been sourced illegally. The poachers are mainly involved in this and they target the threatened species like the Asian and African elephants.

There has been a swift plunge in the populations of the elephants that produce the ivory. This is so severe that the sale and importation of ivory in several nations have been banned or seriously curtailed using several methods.

In the 1970s, the population of African elephants fell from 1.3 million to approximately 600,000. The alarming drop in the numbers led to the ban that was placed on the trade involving African elephant ivory. Countries like Kenya, Botswana, Zimbabwe, and Ivory Coast have taken decisive steps to control the illegal trade.

The trade is still significantly influenced by international smugglers, corrupt government officials, and compromised immigration officers. The good news is that more governments are joining the combat against the sale of illegal ivory. As more nations believe that ivory belongs to the elephants and not in jewel stores, the future looks bright for these gentle giants.