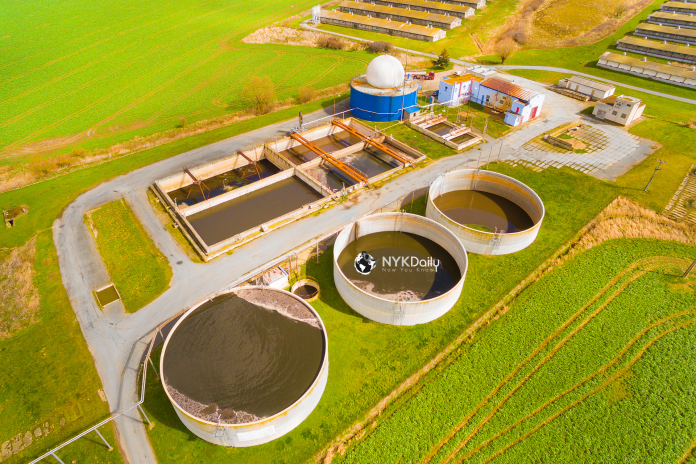 Biogas is one of the clean but slow-burning gas that can be used to generate electricity. It is a mixture of various gases like methanol (55-65%), carbon dioxide (30-40%), and few impurities like hydrogen sulfide, hydrogen along with a small amount of nitrogen. Sources of biogas can be Sewage, vegetable wastes, wet cattle dung, crop residue among a few.

Biogas is produced by a biological process that occurs anaerobically (in the absence of oxygen) at a suitable pressure and temperature ranging from 35-70°C. The other processes that are used to produce biogas are pyrolysis and hydrogasification.

As discussed earlier, biogas contains carbon dioxide that has to be removed to utilize the potential of biogas, the carbon dioxide is removed by water scrubbing. Some of the main applications of biogas are as follows-

What are biogas plants?

A biogas plant is responsible for the conversion of wet biomass into biogas or methane by anaerobic fermentation, the bacteria digest the biomass in the absence of oxygen to produce methane and carbon dioxide.

A fermentation tank generally cylindrical in shape made of bricks is embedded partly or fully in the ground.

This is where the dung and water are added to the digester and sloped accordingly.

A provision to take out the digested portion of sludge.

Mixing of dung with water takes place for the induction in the digester.

It is used for taking out the gas from the gasholder.

A Stirrer is used for stirring the slurry which allows fermentation to occur in it’s chamber. This ensures the gas is produced in a desirable way.

The best thing about the biogas plants is that they can be designed for various sizes small (0.5 m3/day) to large (2500 m3/day) along with simple or complex configurations. The use of biogas plants is pretty evident.

Biogas was a technology that was once very popular and gaining pace. It eventually became obsolete and people forgot about the existence, maybe the issue would be the lack of efficiency or due to lack of technological advancement – we could not utilize the maximum potential of this source of clean energy. We have evolved a lot and been doing so every day. With the US coming back to the Paris Agreement it will put pressure on India to curb down the coal dependency, that would pose a threat to the growing Indian economy. An economy like India needs the energy to grow and emerge as a Superpower, but with a sword on India’s head that is in the hands of Paris Agreement, it might slow down our goal to become a superpower. I feel that clean energies are a thing of the future but the energy produced from biogas is or was a well-established source of non-conventional energy. I think if current technologies are used to increase the efficiency and reliance on biogas plants, it will give the country some more time to hone on its clean energy skills and contribute in the mitigation of carbon dioxide.

Remember people together we can and we will Save the World!